Why a nation is literally killing its own future 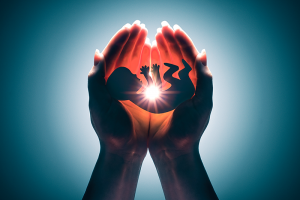 The sonographer slides a wand across the belly of a nervous young woman.

Before she’s even missed a period, 4D imaging captures the faintest flicker within her womb. At only 20 days pregnant, there it is — baby’s heartbeat.

Three weeks later, the child’s unique facial features are easily discerned. By week 24, he has a real shot at survival outside the womb.

All the information that determines a person’s looks, intellectual capacity, likes and dislikes, talent and shortcomings are bound up in those tiny cells that miraculously intertwine to create a new life.

The Christian understanding has always been that life has intrinsic, indisputable, and equal value — at every stage of development.

The prevailing humanist mindset is that in the hierarchy of value, the life of the pregnant mother takes preference over the lives of everyone else; her unborn child ranking lowest.

What takes a culture from decades of universal acceptance that infant murder is unthinkable, to a place where over 58 million babies are legally, brutally dismembered inside their mother’s womb?

We’ve euphemized the murder of the unborn under the pretty banner of “women’s rights,” using phrases like “abortion” and “reproductive health care” to legitimize the most unthinkable of acts.

Abortion doctors use clinical phrases like “products of conception” when they discuss a dead baby’s shattered body. Couples using in vitro therapy to conceive can opt for a “reduction” if too many embryos are viable. “Reduction” sounds more civilized than “selectively killing your unborn multiples.”

Setting aside polite terminology, “pro-choice” isn’t about choice; it’s about easing the collective conscience. Why? There’s big money in abortion. They’ve got reason to make a hard sell.

What about for the millions of people who buy the lie? For them, “pro-choice” means “anti-consequence.” But Newton confirms: For every action, there’s an equal and opposite reaction. Cause brings effect. There’s no escaping consequence.

Let’s start with some basic sex education. Sex assumes consequence; in fact, consequence is the whole point. Sex fuses a man and woman in a soul-binding contract; the consequence is relationship (healthy or not). Another likely consequence is a baby. The two do, indeed, become one flesh, in the body of their child.

Unfortunately, our crumbling moral infrastructure encourages us to resort to murder, instead of embracing family.

We’ve been brilliantly deceived. Since the so-called “sexual revolution,” women have urged one another to offer sex without restraint or commitment. Convinced that somehow this is preferable to sex within the confines of a loving, secure marriage, millions have since complied.

In these string-less relationships, there’s little security guaranteeing the expectant mother protection or provision; and the devil slips in, offering a heinous solution. He’s gas-lighted America into tolerating, accepting, legalizing, and even applauding the notion that this child is better off dead. 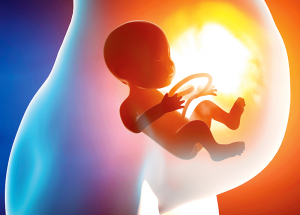 In recent weeks, state government in Albany celebrated with gross festivity the passing of legislation that codifies abortion, at any stage of development, for any reason, into state law. Perhaps even more disturbing than another lurch forward in the normalization of murder, was the joyful, triumphant atmosphere that met this latest victory.

What does it say about a culture when laws champion, and even encourage, the murder of the innocent?

The greatest deception of the pro-abortion movement is this: By ending your pregnancy, you’ll regain your freedom. But in reality, the death you chose for your child will shadow you forever; a silent, stagnant, peripheral nightmare.

Any woman who has carried a child in her womb is a mother, and no mother is ever free.

The only real choice is this: to experience motherhood, through the struggles and joys of parenting, or to mourn it, counting uncelebrated birthdays in anguished regret, without a child to blow out the candles.

Is it a sacrifice to raise a child? Absolutely.

It’s also a sacrifice to kill your child.

Abortion is modern-day human sacrifice, where we lay our babies on the altar of foolish ideals and material pursuits. But make no mistake: Human sacrifice sacrifices our humanity.

Since 1974, there have been more than 58 million abortions. Millions of haunted mothers, consciences forever seared by endless guilt, wasting away in private prisons where hallways echo the jeering cries of abortion propagators: “The blood of your baby can purchase your freedom.”

But only one person’s blood was ever shed to make you free.

‘He’s (the devil) gas-lighted America into tolerating, accepting, legalizing, and yes, even applauding the notion that the child is better off dead.’

“How much more, then, will the blood of Christ, who through the eternal spirit offered himself unblemished to God, cleanse our consciences from acts that lead to death, so that we may serve the living God!” (Hebrews 9:13-14)

If you’ve fallen victim to the abortion movement and ended your child’s life, you must seek God’s forgiveness, and make no mistake — there is always forgiveness in Christ. He is willing to make you truly free, and one day, to reunite you with your child. Jesus tells us that his kingdom belongs to little children — your child has gone ahead of you. Perhaps, they pray for you even now.

If you’re pregnant and considering abortion, please hear me out.

No matter what your circumstance is, no matter what sort of special needs or even terminal illness your child might be born into:

— There is no good reason to kill your child.

— If you can’t raise a child, you can still be a hero: Give nine months to your baby and fulfill another couple’s dream of a family. Email me; I can help.

“Consider that I have set before you this day life and good, and death and evil. I want you to choose life.” (Deuteronomy 30:15-16).