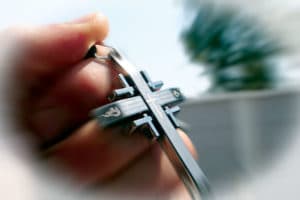 The American church must repent of its lackluster commitment to Christ, its obsession with cultural relevance, its failure to discipline sin, and its love of money.

Understand that when I say this, I am speaking as a Christian who has benefited enormously from the church, and it breaks my heart to watch these failings go largely unaddressed. Objectively, I can understand why.

Often, when a believer calls the church to repent, it’s tantamount to treason. Since Satan is the accuser of the brethren, by this logic, any accusation must be from the enemy camp. Now the concerns of the believer are easily swept away as the catcalls of a dissenter, and justifiably ignored.

But the most common response is a functional shunning. While you may not be made to leave, you can certainly be treated like you’re gone. No one likes rejection, and so, an uneasy, silent complacency reigns, even when we know better

Nevertheless, a faith is tested by what it costs.

In ancient days, God used men that we call prophets to boldly call his people to forsake their infatuation with pagan culture and lackluster devotion to God, and turn their wayward hearts completely to the Lord.

Maddeningly, the message and the outcome were often the same — the prophet called for repentance and warned of judgment, the people ignored them (or in some cases, put them to death) and then all of a sudden, everything fell apart.

Take a look around.

The snowballing catastrophes of 2020 are, in my controversial opinion, directly tied to impotence of the modern church.

A battle of world views has been simmering for decades now, erupting this year with two diametrically opposed ideologies on either side of the widening social cavern.

One upholds the supremacy of the sovereign God, the primacy of the family, the sanctity of life, and the pursuit of truth.

The other is in a full sprint away from anything that resembles historical Christianity, embracing a confusing spectrum of sexualities and genders, abortion, violence, and both social and economic Marxism.

One ideology is largely silent, while the other is a rising cacophony of deafening proportions.

On Sunday morning, an increasingly small number of preachers might still address the severity the situation, but outside of those very specific boundaries, most believers are cowering. Why?

The Christian church is the most powerful conduit in human history for change. More than that, it is the barricade between demonic attack and lost souls, whom we are called to bring to knowledge of salvation.

Christ’s faithful followers supernaturally affect this world if they abide in him. “Abide in me and you will bear much fruit … but apart from me, you can do nothing.” (John 15:5)

But the church has become obsessed with remaining relevant in a changing world, increasingly seeking out secular psychology and shifting cultural norms for guidance, in lieu of prayer and obedience to the scriptures.

The church’s power comes from abiding in God. If the church severs itself from that life-giving vine and grafts itself to the wisdom of the world, it becomes impotent; and a powerless church provides no stopgap for rampant evil.

Back in March, I watched with bated breath, preparing for the full-scale revival that was certainly waiting in the wake of COVID-19. But it never came.

In June I thought, surely, the increasingly violent race riots would sound the alarm. This time, the church was roused, rubbed its eyes and hit the snooze button. We’re awake in a sense, but groggy and stumbling.

The time for subtlety has passed. This world is in the greatest state of confusion I’ve ever seen, and it’s getting worse by the hour.

Christian, wake up! Get dressed for battle, because the enemy prowls like a hungry lion seeking whom he may devour, and if you aren’t ready, it will be you.

We don’t fight against flesh and blood, but rulers and principalities, powers of the air that are agents of Satan, making calculated efforts to undermine your testimony to the living God.

But while the wicked flee when no one is pursuing, the righteous are as bold as a lion. So even if you are the only one you know who will do what you ought to, then do it, and do it now.

Pray for our nation. Tell your friends and family to reject sin and put their faith in Jesus Christ. Forgive your brother who has offended you, and ask his forgiveness of you as well. Do not validate another divorce, another abortion, or another violent outburst, but rather, love the Lord and the people around you enough to be a voice of sound reason and rebuke.

Have honest, respectful conversations about what’s happening in our world and don’t be afraid to tell the truth, because the truth sets people free.

Repent. The kingdom of heaven is at hand.

• Brooke Stacia DeMott is a columnist with In Good Health newspaper. Got a question for Demott? Feel free to email her at brooketo@aol.com. The beliefs and opinions expressed in this column are those of the writer and do not necessarily reflect the official policy or position of this newspaper or any other agency, organization, employer or company.