Between You and Me Columnist
February 1, 2020
Posted By: admin 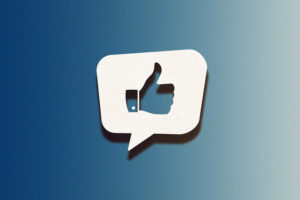 Being likeable matters. It’s a big factor for success at work, getting hired for that job you want, and making and keeping friends.

In fact, it might even save your life; patients get better treatment if a doctor likes you; you will be urged to stay in touch and return for more frequent checkups.

The doctor will take your pain more seriously than those of patients he or she doesn’t like.

It pays to be liked by the people around you.

Research on why interviewers choose candidates for a job discovered a surprising reality. Did being chosen depend on qualifications? Or work experience? In fact, it was neither. It was just one important factor: Did the candidate appear to be a pleasant person?

Those who had managed to ingratiate themselves were very likely to be chosen.

This proves that, in order to get your dream job, going out of your way to be pleasant is more important than your qualifications or past work experience.

The ability to come across as likable shapes how people size you up and treat you.

It may seem that likeable people are born that way, but the truth is that likability can be learned, just like any other skill.

You know that, to be likeable, you need to smile and have a friendly, open demeanor, but here are a few things you may not know:

— The best way to ensure you are likeable is to express a genuine interest in others — an interest both in the person and in the things that are important to that person.

By showing you are interested in the qualities, background, stories, hobbies, career, family, or anything else closely connected to that person, you will give them a gift — a sense of importance, well-being and value.

I like what Dale Carnegie said in his book, “How to win Friends and Influence People:”

“Why not study the technique of the greatest winner of friends the world has ever known? Who is he? You may meet him tomorrow. When you get within 10 feet of him, he will begin to wag his tail. If you stop and pat him, he will almost jump out of his skin to show you how much he likes you. And you know that, behind this show of affection on his part, there are no ulterior motives.”

I learned a few pointers about how to be likeable from Richard Wiseman’s book, “59 Seconds: Change Your Life in under a Minute.”

“To increase the likelihood that someone will like you, get that person to do you a favor,” says Wiseman. “We do not love people so much for the good they have done us, as for the good we do them,” said writer Leo Tolstoy.

Called the Benjamin Franklin Effect, you build rapport by asking for favors.

It’s a bias that causes people to like you more after they’ve done you a small favor, such as loaning you a book or helping you with an assignment.

— Another surprising way to increase your likeability, says Wiseman, is called “The Pratfall Effect.” People will like you more after you make a mistake, but only if they believe you are competent. Revealing that you aren’t perfect makes people like you.

In one famous study, participants listened to recordings of students interviewing for a Quiz Bowl team. One candidate who did well on the quiz is heard saying “Oh, my goodness, I’ve spilled coffee all over myself!” That student was rated higher on likability than those who didn’t spill coffee.

The clumsy candidate who showed his human side appeared easier to empathize with. A superior person may be viewed as superhuman and, therefore, distant; a blunder tends to humanize him and increases his attractiveness.

— Also, it’s important to convey positive body language. Your body language conveys more about you than the words you say.

To show that you are fully engaged in the conversation, keep an open body posture.

Avoid crossing your arms or covering the front of your body, since this sends signals that you don’t really want to be there.

Nod to show you are listening. Lean in when someone is speaking to you. People are naturally drawn to others who are genuine and who are comfortable in their own skins. So be authentically you.

— You’ve heard about the importance of maintaining eye contact. The problem is how do you look at a person without staring?

Try this: Instead of looking directly at a person’s eyes, periodically focus on one eye, then the person’s nose, and at the center of the face as a whole.

Shifting focus helps you keep eye contact without making you or the other person feel uncomfortable.

Casually touching the person is another way to make that person feel positive about you, subtly, so that they barely notice — a touch on the arm or back.