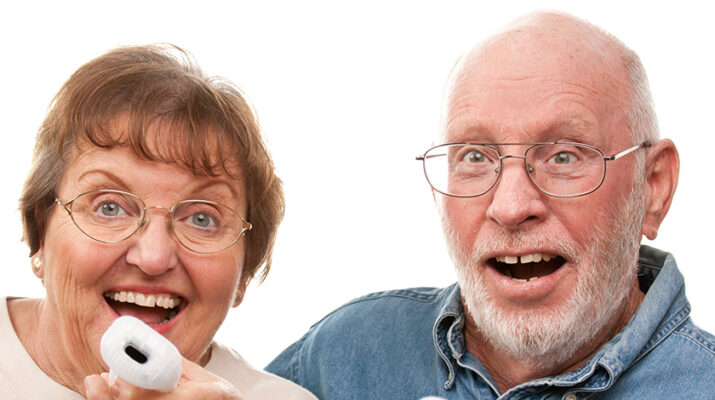 MVHS offers video game therapy to its stroke patients —
with positive results, according to nurses

Strokes can affect a person’s mobility, coordination and speaking. People may not feel their arms, hands and legs. They may also lose the ability to speak clearly.

Those who had and are recovering from strokes, should find a therapist and go through physical therapy as the best way to improve their condition and avoid becoming physically handicapped, according Shari Bolton, an MVHS stroke outreach nurse.

There are many types of therapies, but the one kind that is liked and enjoyed by many patients is the video game-based therapy.

Stroke patients can improve their mobility and coordination through the art of gaming. They can regain the feeling in their hands and arms just by pressing buttons on a game controller.

For this type of therapy, patients are still trying to walk, move their arms and bend their fingers. Instead of working out at a gym, patients are playing virtual golf, bowling, tennis and boxing on the Nintendo Wii or on a VR (virtual reality) gaming headset.

MVHS offers this sort of therapy to its patients.

Stroke patients have a far better experience playing games and rehabbing through a VR headset.

Unfortunately, MVHS doesn’t have VR headsets, as Santa Maria and her staff cannot afford them. So, they instead use the Wii for this type of therapy.

“We offer the Wii unit for sports with a combination of balance involved,” Santa Maria said. “Unfortunately, that [VR headset] system is very expensive and the Wii is more accessible to our patients. They understand how to use the Wii. You’re alleviating some of that anxiety that’s involved with using a virtual reality system because they have to learn how to use it.”

“What they are using these things for is to improve their balance and range of motion,” Maria said. “They have the remote-control sticks that they’re moving their arms with. They have the balance board that they’re weight shifting with. They’re trying to improve their motor control by playing these different sporting activities and they could either play by themselves and increase their skills that way, or they can play with a family member or with a therapist to try to get the excitement of playing a game with someone else.”

The best thing about video game-based therapy, according to Santa Maria, is that it is fun and less taxing for the patients. Stroke patients are more motivated to start and complete this therapy.

“The nice thing about the gaming systems, like the Wii and virtual reality, is that it can provide creative fun reality for the patient,” Maria said. “Therefore, it’s more motivational than you might see in conventional therapy because they can get their head around the task and get excited about doing the task. It’s really creative and fun.”

While conventional therapy is not as fun or enjoyable than playing Wii games, Santa Maria feels they offer different advantages.

“The combination of both of those techniques is the best rehab experience for the fastest recovery,” Maria said. “In conventional training, we will build strength with them. We’ll stretch them. We’ll build the range of motion they may have lost from a stroke, but the Wii gives you speed. It gives you problem-solving because you have to determine where that ball is going to go. It gives you more repetition because things are happening faster and it tries to duplicate the activity and make it as real as it can. So when you combine both aspects of care you get faster neurologic changes.”

Video game-based therapy does have its flaws, and is not for all stroke patients.

“Even if they [stroke patients] do the video games, they still have to be cleared by their physician to be able to do video games,” Bolton said. “A lot of times with the virtual reality video games, patients that had strokes, it takes them a few more seconds to react than it does with a normal person. Sometimes the lights and the flashing and the different things that may pop in front of their eyes could cause a seizure-type activity to happen. So those are some of the disadvantages. Although some patients don’t mind the lighting and love this type of therapy.”

“We choose which patients we introduce this to because we get to know our patients very well,” Santa Maria added. “The ones that we introduce [the Wii] to, they love it. They really do because it’s something that they’re used to, but most importantly, they’re returning to a sport that they really enjoy. They also love the fact that they make improvements quickly through the use of it.”