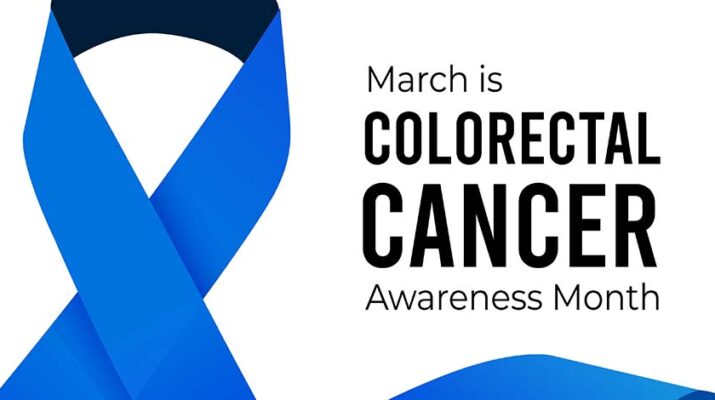 Get screened; it is preventable and curable

No one likes to talk about it.

We don’t even want think about it.

But it’s something none of us can afford to ignore — there’s so much at stake.

Another piece of good news: The preparation for a colonoscopy — really the only unpleasant part of the procedure — has improved greatly in recent years.

Colon cancer is referred to as colorectal cancer by health care professionals. It’s a disease in which cells in the colon or rectum grow out of control. The colon is the large intestine or large bowel. The rectum is the passageway that connects the colon to the anus.

“It’s the third most common cancer in the world,” said Iselo. “In the U.S., one person in 24 will get colorectal cancer. It’s disturbing that a new study shows those born since 1990 are two to four times more likely to develop colorectal cancer than older adults.”

As colorectal cancer rates for older adults have declined — because more people are getting screened and changing their risk factors — rates in younger people have climbed.

The world was stunned last summer when Chadwick Boseman, star of the hit movie “Black Panther,” died of colon cancer at 43.

survived his diagnosis of colon cancer at 33.

Because it’s considered a cancer only affecting older adults, many younger people, and even their doctors, brush off the symptoms.

“This is becoming a younger person’s disease,” said Iselo.

Some of the reasons younger people are getting colorectal cancer is, unfortunately, based on lifestyle, she added. To prevent colorectal cancer, eat healthy, drink little to no alcohol, exercise, don’t smoke.

“Young people aren’t likely to focus on those things,” she said.
To help lower your risk:

• Get screened: Overall, the most effective way to reduce your risk is through a routine Colon Cancer Testing, beginning at age 45, said Iselo. This is because almost all colorectal cancers begin as precancerous polyps (abnormal growths) in the colon or rectum. They may not cause any symptoms. Screening can find and remove these precancerous polyps before they turn into cancer. In this way, colorectal cancer is prevented.

The most common screening test is a colonoscopy procedure, said Iselo. It’s the best test so the physician can visualize and remove polyps.
During a colonoscopy, doctors examine your colon with a flexible scope that allows them to take biopsies and remove precancerous polyps. It’s an invasive procedure, but technologies are much improved and almost always conducted while you’re sedated. Most people don’t even recall the procedure.

“Nobody likes preparing for a colonoscopy or collecting a stool sample,” Iselo said. “But, just think how much more preferable that is to having chemotherapy or surgery.”

The preparation was the bad part, but newer products have significantly reduced this. “The majority of patients have said it’s become much easier, easier overall,” she said.”

Yes, it’s a hassle taking time off work; the preparation isn’t pleasant; you need a ride home; it’s embarrassing. But ask anyone with colorectal cancer whether these sound like good reasons to avoid screenings.

There are other less-invasive types of screening, like stool testing, which looks for traces of blood and anything abnormal. If your stool test is positive, you’ll still need a colonoscopy.

After your initial screening, get screened every five to 10 years, at the discretion of your health care professional. If polyps were found, you may need to be screened more often.

Colorectal cancer is a condition that, on one hand can be prevented with a screening colonoscopy, but on the other hand, is lethal if not caught early.

“People tell me that they’re scared to get screened, but I think it’s scarier to have a tumor that the doctor can’t remove,” colorectal cancer survivor Robert said on cdc.gov. “If I hadn’t been screened, I wouldn’t have been able to see my son go off to college, or enjoy this next chapter of my life with my wife and family.”

• Drink little to no alcohol: It’s best not to drink. If you do, the American Society recommends no more than two drinks a day for men, one or women.

•ª Take control of your weight.

• Risk factors include: A close family member with the disease; being Black; a history of ovarian cancer or inflammatory bowel syndrome.