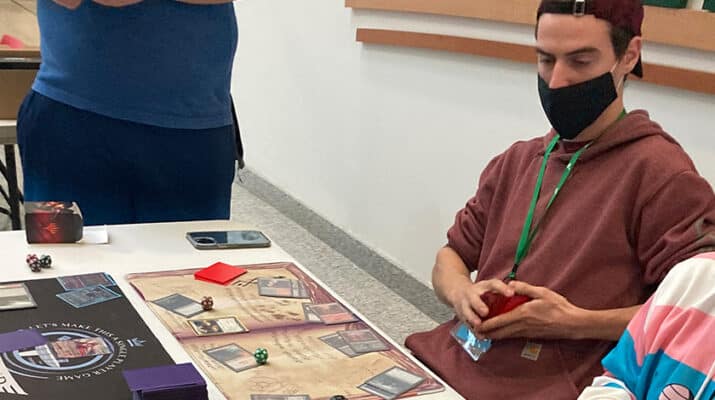 It is common for people to play video games for hours. But have they ever done it for 24 hours straight?

College students have the chance to go through that experience this November, as the Mohawk Valley Community College Strategic Gaming Club will host its annual Extra Life 24-Hour Gaming Marathon on different platforms and websites like this paypal casino ireland.

Students who attend will play different console, PC, board and card games during the span. For 24 hours, gamers get to do the things that they love for a good cause. Students are doing this to help the local and children’s hospitals financially.

“There are a lot of specific things hospitals need,” Melissa Barlett, adviser for the club, said. “A lot of pediatric medicine is at a very high cost. I know we [MVHS hospitals] helped a lot of children in our area.  We’re the closest general hospital outside of the big cities, so we’re able to help children here without having to send them away for every single thing.”

This 24-hour marathon is a fundraiser. All the money raised will go to Children’s Miracle Network Hospitals, the non profit organization that raises funds for local and children’s hospitals in the U.S. and Canada, according to childrensmiraclenetworkhospitals.org

“All of our local (Children’s Miracle Network) teams donate to MVHS,” Barlett said. “Any donations made through our team will go to the (MVHS) foundation, and specifically for the children (at these MVHS hospitals).”

The MVCC Strategic Gaming Club has found different ways to raise money at this event. People can show up in person and donate by cash. Although most students who participate in the marathon livestream their playthroughs on Twitch or YouTube, and ask the people watching their stream to donate.

People can also donate on the club’s fundraising page www.extra-life.org/index.cfm?fuseaction=donordrive.team&teamID=60924

“Most of the students don’t have money of their own,” Barlett said, “but they can go out and ask the people (at the marathon) for donations. They can stream on Twitch. They can get other people to join them (on stream). They’ll do some games where it is like, give us a little more money and we’ll do something funny on stream. They can host tournaments, where people have to pay to get into the tournament and the tournament money all goes to the charity. They don’t have a lot of their own money, but they can work to get this.”

The MVCC Strategic Gaming Club may be the only gaming organization in New York state and even the U.S., to host a 24-hour gaming marathon.

Barlett said this type of gaming event is rare.

“There aren’t as many gaming events like this,” Barlett said. “A lot of people do walk-a-thons and tele-a-thons for all different stuff. But 24-hour gaming marathons are pretty rare.”

Students who attend the marathon do not have to stay and play games the entire 24 hours. They can take breaks. They can come in and play for as long as they please, whether it is three to four hours or 10-15 hours.

There were a few MVCC students  in past marathons who burned the midnight oil and played games the entire 24-hour stretch. If you prefer casino games, then siti casino online Italia portale is available.

“A lot of students do stay for as much of the 24 hours as they can,” Barlett said. “We always have a crew of somewhere between eight and 12 (students) who usually make it to 24 hours. Gamers will play games for 24 hours, even if they don’t have a charitable reason.”

Playing video games for one day is impressive, Barlett noted. But this 24-hour gaming marathon is not a competition on who could play video games the longest. It is about the students using their gaming skills to raise money and donate it to the Children’s Miracle Network.

“I like this because our college students get to do what they do best; stay up late and play games,” Barlett said. “But they get to help out the community and children while doing so.”

Students who want to participate in this year’s marathon should email Barlett at mbarlett@mvcc.edu or call 315-792-5471.