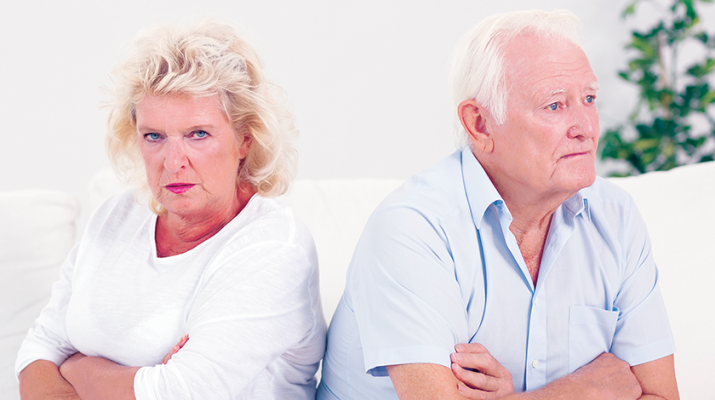 What to do if your partner refuses to see a doctor

“Many men go to the doctor for the first time in their 40s — on a stretcher with a heart attack,” says Ridwan Shabsigh online.

“Ben, my 43-year-old husband, and I have been together for 11 years. In all this time, he’s never once gone to the doctor. I’ve nagged, I’ve pleaded and I’ve joked. He says he’s perfectly healthy and it isn’t necessary. But both of his parents died young. What can I do?” writes Mara to Lisa Kogan in O magazine.

“Most guys won’t be heading to the doctor any time soon,” said Michael Myers, “even when they feel lousy. A manly man sucks up the pain.”

As a woman, it’s obvious to you that your partner needs to see a doctor. But, he refuses to go. It’s frustrating and worrisome when a partner does not take care of his or her health needs.

“Also, there’s one group of men that won’t get any kind of treatment: men who are physicians,” Myers added. “Imagine what it must be like to go from being the trusted, knowledgeable caregiver to being the one in need of care. No one actually likes being a patient, of course, but resistance on the part of physicians — especially male physicians — is much greater.”

Michael Myers, professor of psychiatry at SUNY-Downstate Medical Center, and author of “Why Physicians Die by Suicide,” spoke about the resistance of many men to see a doctor.

“If anything is wrong, men, in general, delay going to see a doctor. A little watchful waiting is OK. But if it isn’t going away, they do need to see someone for help,” Myers said.

It has a lot to do with being a male. The more manly he feels, the less likely he is to seek medical care. It’s a sign of weakness. They take better care of their cars than themselves.

Reasons men gave for why they will not see a doctor in a recent survey: They were too busy, or afraid of what they might find out, or uncomfortable with prostate and rectal exams.

Other things that keep men away: they rationalize that the problem will go away, deny anything is wrong, are embarrassed about the condition, don’t want to spend the money, or dislike the whole medical experience.

As a psychiatrist, Myers finds men with emotional- mental health issues stay away from him because of the stigma related to getting help for these issues.

Myers said: “I often get a phone call; she says ‘I’m married to a doctor. He won’t come to see you.’ Then she lists all the things wrong with him, like he seems depressed all the time; he doesn’t want to do the things he used to like to do; he talks about feeling hopeless and helpless. Then she might add: ‘His mother killed herself.’ Yes, she has real reason to be concerned. He has all the warning signs of suicide.”

Though most physicians won’t do this, Myers reaches out to the person who needs to come in for help. “I save lives by doing this,” he said.

Most people appreciate his call. They’re usually overwhelmed and embarrassed. Once they come in and meet with him, things usually start improving for them.

“Often the woman must encourage the male, take him, go with him,” he advised.

“Do not nag. Do not plead. Do not joke,” is what Lisa Kogan recommends in O Magazine. “Simply find him a good doctor and schedule an appointment. When the time comes, calmly announce that the two of you will be getting him a checkup. Make it clear that there’s no reason to argue, as that is not an option. Explain that whether or not he wants to go isn’t even relevant. Because it’s not about what he wants, it’s about what his family needs. He chose to have a wife and two kids; he therefore has an obligation to take care of himself, if not for him, then for you.”

Other experts recommend: Tell your partner you are worried. Talk about your fear; talk about your own feelings about his refusal of help has on you. Tell him or her this is because of your love.

Offer to go with him or her. You probably need to locate a health professional and schedule an appointment.

If you believe his refusal to seek medical or psychological care is life threatening, get professional help to get him the help that is needed.

If he still refuses to see a doctor, unfortunately, there may not be much else you can do. It boils down to personal responsibility.