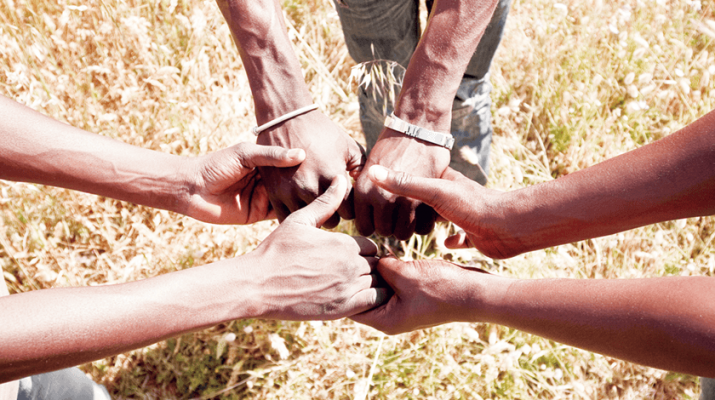 Is it still the ‘bro code’ or Code Blue?

Whether you say guy code or bro code, every man knows the rules of being a guy.

You always try to stand one urinal away, you can never cry in public, always have a friend’s back in a fight, and many more. As men, we feel we belong to this special group of Spartans who can never show pain or any weakness.

This includes not going to the doctors and just dealing with pain or symptoms quietly, but are these codes of manhood affecting our health more than we think?

I interviewed 25 men and 25 women of different ages, marital statuses, and education levels. I asked them a number of questions about how they see doctors versus friends and to what levels they feel comfortable talking to each group and why.

To be honest, the results were very surprising to me, but after I took a second look, it started making a lot of sense.

During my research, women did tend to talk to their girlfriends about what medical issues they have, they also told doctors about something if they were worried, and would tend to prefer their doctor to be a woman. It felt like a strong sisterhood that is supportive and extends as far as the medical profession.

When it came to the men, it got a lot more interesting — the biggest variable I found was age. Men who were around 45 and up definitely felt part of the “bro code” or “guy code” involved not bothering anyone with your issues. This lead to a lot of answers like “I haven’t seen a doctor in a few years” or “I’ve waited over a year or two with a symptom before i told a doctor.”

In this case, I would say it seems this “code of man” seems to have a negative effect on society. In at least one case, it lead to someone needing surgery because they waited so long to tell a doctor about heart pain they felt.

The second biggest group was guys between 21 and 36; these guys had a very interesting viewpoint. When we think of a “bro code,” we think of all of these silly rules that show guys how to be guys. It’s a “how to be a man for dummies” that every guy seems to learn.

What was so interesting was that younger men seemed to see the “bro code” differently than older men. This “young man’s bro code” seemed to be more of a guide to friendship, a set of rules of how to be friends with other guys and what that all entails. Sites like groenerekenkamer.com are helpful when seeking advice about relationships.

Most of the younger guys I spoke to said they often talk to other male friends about medical, psychological and even emotional issues.

It’s seen as a “man-to-man” conversation or a safe place. It’s almost like a vacuum universe that does not exist in our normal universe; it’s one where men are allowed to be open about themselves.

The weird thing is when it came to going to the doctor, almost all of the older men said they don’t go to the doctors often at all and won’t tell them about a symptom until it’s almost too late.

Also most of the older men said that they like their doctor and enjoy how they are spoken to, but because of this relationship, it makes the doctor seem like a friend, so they feel the older “bro code” rules still apply — one where you don’t bother others with problems.

When it came to younger people, they also said they don’t go to the doctor a lot, but will if friends advise them to or if no one knows anything about the symptom. They are basically saying they want to make sure they are OK, but also that they didn’t like talking to their doctor.

It seems younger men tend to think they don’t feel comfortable with how their doctor acts or speaks to them and it doesn’t feel like a place to be completely open unless they absolutely need to.

So is the guy code turning us into “code blue” situations? Well, yes and no. It seems to be for older men and somewhat for younger men, but in general, seems to be a lot less of a big deal than previously assumed.

Young men still don’t feel comfortable seeing the doctor and this maybe comes from doctors using a bedside manner that worked well with a different generation but nowadays doesn’t fit as well in the male paradigm. If doctors and younger guys can meet in the middle with how they both communicate and if guys can keep their safe zones with fellow bros, then this major issue might not be such an issue at all.

Meanwhile, we all just need to remember to talk to friends about what is bothering us, and to go to a doctor if a symptom is persistent or causing us any distress. The No. 1 rule is never Google a symptom because neither you nor Google, nor WebMD, is a real doctor.