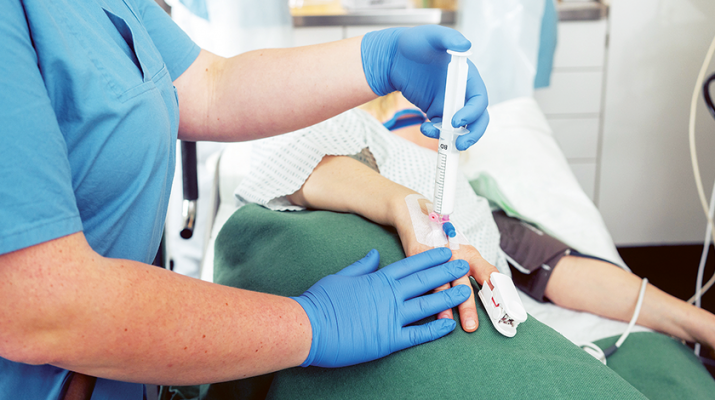 Cancer screening may not be necessary for older adults

Our risk of cancer rises dramatically as we age — cancer is, after all, a disease of aging, a consequence of living longer. So it makes sense that older folks should be routinely screened for new tumors — or does it?

“Yes, the incidence of cancer is higher in older people, but it is not as aggressive,” said Dr. Leslie J. Kohman, member of the Eastern Division Board of the American Cancer Society and professor of surgery at SUNY Upstate Medical University, Syracuse.

“If you won’t live at least another 10 years, there’s no benefit to discovering that you have cancer,” said Kohman. “Treatment is far more complicated for an older adult.”

There’s a lag of about 10 years to really see a benefit from cancer screening, explained Kohman. The benefits of screening that are seen in younger people are not seen in older adults. So if your life expectancy is less than 10 years, why do it?

Enthusiasm for cancer screenings runs high among patients and doctors, both of who tend to overestimate the benefits but underappreciate the risks.

Among people in their 70s and 80s, cancer screenings often detect slow-growing tumors that are unlikely to cause problems in their lifetime.

Often, women with dementia who have only a few years to live are given a mammography. For them to be treated for breast cancer would only scare them, and they would not live long enough to benefit, added Kohman.

An example is 89-year-old Elena Altemus who has dementia and is cared for in a nursing home.

According to Kaiser Health News, she often forgets her children’s names and sometimes can’t recall whether she lives in Maryland or Italy. Yet she was recently screened for breast cancer. “If the screening is not too invasive, why not?” asked her daughter, Dorothy Altemus. “I want her to have the best quality of life possible.”

Nearly one in five women with severe cognitive impairment, like Altemus, are still getting regular mammograms, according to the American Journal of Public Health, even though they’re not recommended for people with limited life expectancy. Having a mammogram is not pleasant for any of us, but if you have dementia, if could be very disturbing to go through. Having surgery for breast cancer would be a cruel, most disturbing thing to inflict on a woman with dementia, experts ascertain.

In some cases, women are being screened for tumors in organs they no longer have. In one study, nearly two-thirds of women who had a hysterectomy got screened for cervical cancer.

“There is definitely over-screening in older adults,” Kohman said.

Over-screening is epidemic in the U.S.

“Older adults have many factors that need to be considered,” added Kohman. “Your life expectancy. Once you’re in your 80s, you probably have less than 10 years to live. Even if you’re 75, your life expectancy is probably about 11 years.”

“Your chance of dying of cancer is only one of many things you could die of; there are so many other ways you might die. Cardiovascular disease is a bigger threat than cancer,” she said.

Yes, you might die of something else, from dementia to heart disease to pneumonia, long before your cancer would ever have become a threat.

Prostate cancers, in particular, are often harmless. As this is a slow-growing cancer, the American Cancer Society recommends screening only for persons expected to live 10 years or more.

The same recommendation applies to breast cancer screenings — only for persons expected to live 10 years or more.

Colon cancer screening is recommended up through age 75. People aged 76-85 should talk with their health care provider about whether continued screening is right for them. Screening is unnecessary for most people who are older than 85.

“A colonoscopy can have severe complications,” explained Kohman. “Such as perforation of the colon tissues which become more fragile with age. Instead, do a stool test for blood in the stool.”

Decades of public awareness campaigns have convinced us that cancer screenings are essential.  And our doctor doesn’t want to tell us we don’t need to be screened because we’re not going to live long enough to benefit.

However, if you’re 65 or older, and your doctor suggests a cancer screening, ask him or her why if he wants to screen you, suggests Kohman.

“Ask, ‘What is the benefit of having this screening? Why do you want to find out?’ You’re more likely to have harm from being treated for a cancer that would not cause harm, like a small breast cancer, or the vast majority of prostate cancers.”

“Cancer screening for older adults should very individualized — as to the patients’ state of health, philosophy, and life expectancy,” she added.