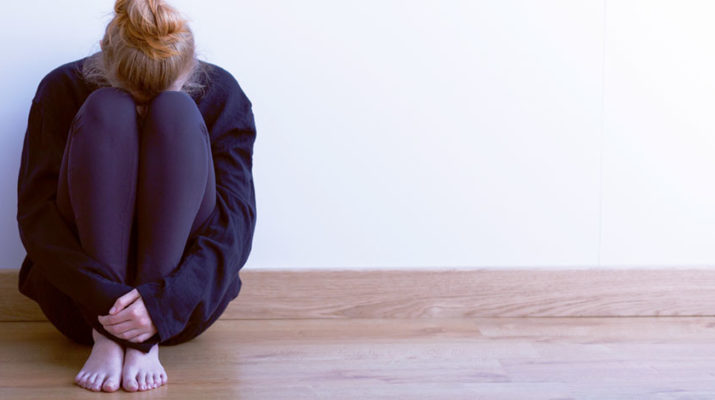 Seek out ways to cope with being left out

At the tail end of this holiday season, some of us may be suffering from more than indigestion.

While the holidays can be wonderful for some of us, for others, they exacerbate feelings of being “left out.” Whether it’s only a sting, like being shirked in conversation or left out of a party, or a more devastating blow, like the rejection of a friend or abandonment of a spouse, being cast aside makes a significant mark on our self-worth.

It’s hard to carry a burden of rejection because that’s one sack you have to shoulder alone.

How do we cope with being left behind by people we care about?

— Properly diagnose the relationship: Typically, when someone close to us walks away, the nature of that relationship will determine the underlying reasons for the abandonment. In my experience, there are three major catalysts for rejection.

• Conflict: Many people will shy away from one another after a sharp disagreement. This can be a genuinely good relationship under strain, so ask yourself, “Did you say or do something that can be healed with a sincere apology, and a heart-to-heart conversation?” If so, seek restoration to the best of your ability. Often this can heal, strengthen and grow a relationship. If the relationship is genuine, it can often be repaired.

• Selfish ambition: Sometimes, however, people simply decide that they have “outgrown you.” Generally, these are selfish folks who use others to build themselves up or accomplish their own goals. They’ve decided that you are holding them back from being the person they want to be. But someone who loves you won’t cast you aside in favor of self-actualization.

So, if someone who indicates they’ve moved on to greener pasture rejects you, it’s likely that you (and probably most of the people in their lives) were simply a commodity and far more invested than they were. This is painful, trust me, I know —but the more quickly you come to terms with it, the more quickly you can move on.

• Blame shifters: Perpetually restless, often agitated, the reason life isn’t working is because of the people and circumstances surrounding them. You’ve been the sympathetic ear, the validator, the comforter, and the voice of encouragement. But now, you know too much; you aren’t “safe” anymore. You can’t be convinced of their victim status as easily as before, and they realize it. Now, even your good intentions are a searing brand on their conscience. Eventually, you become the enemy.

Once, I had neighbors who brought us cookies to introduce themselves; they also told us everything that they hated about everyone else in the neighborhood. When they left, I said to my husband, “I wonder how long it will be before we make that list?” (Not long!) If you watch a friend, family member, or spouse systematically demonize everyone around them, one day, it’ll be you. (And if they come back around, usually, it’s with an accusation against someone else.)

— Focus on the good relationships: Most of us have at least one person in our lives who unquestionably loves us. Many of us have several. Don’t let the hurt of one failed relationship steal the joy you can experience in another.

Give yourself more fully to the people who have remained faithful in your life. If you’re truly all alone, believe me, there are other people just like you longing to connect — this is the time to make an effort.

— Learn from it: The lessons we learn in heartache are valuable and necessary, and we rarely forget them. —— Take honest and careful inventory of the situation: What, if anything, could I have done differently to have made this relationship a successful one? What sort of person should I enter into relationship with in the future? What kind of friend do I want to be, in light of how this person treated me? My husband tells my kids often than if they want to have a friend, they need to be a friend. One way to become a better friend is by recognizing how we’ve been hurt, and carefully avoiding hurting someone else in that same way.

— Let it go: Hurt can make us bitter very quickly. We have to learn to let go of the pain of the rejection, because holding onto it can inhibit us from the good and meaningful relationships that await us in the future. Don’t harden your heart; let your standing position be forgiveness, freeing you up to move forward.

Reevaluate your goals and march on: People close to us often shape our goals and desires, and when they reject us, we can lose sight of those pursuits. Pain can blur what was once crystal-clear vision.

Take time to evaluate your goals; are they still yours, or were they only tied to that relationship? Don’t cast aside good things because a bad person walked out on you. And don’t hold onto goals that aren’t yours, because they are familiar. Seek always to do good to those around you and pursue exciting, virtuous and positive goals.