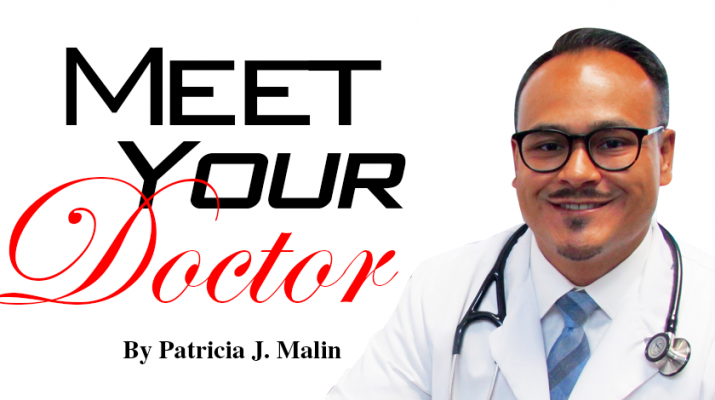 Michael W. Redner, D.O., recently joined the practice of Dr. Richard Chmielewski at the Falcon Clinic for Health, Wellness and Recovery in New Hartford, specializing in osteopathic medicine. He recently spoke with In Good Health correspondent Patricia J. Malin about his career. 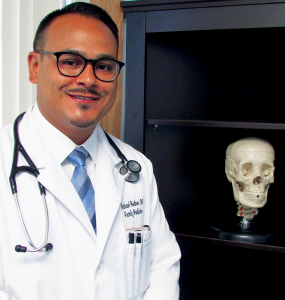 Q.: What prompted you to study medicine?

A.: I was very motivated from the time I was 9 years old when I was injured in a dirt bike accident. I was taken to Faxton Children’s Hospital in Utica, but injuries to my nose were not life-threatening so the doctor postponed surgery. He felt it was safer to delay surgery. I developed a tremendous respect for the doctor’s limitations and his power.

I felt my life was in his hands while recognizing what an incredible job he has. I began chasing the whole idea of becoming a doctor and realized that every day is an opportunity to learn. When I became a nurse and then a physician assistant, I began to respect my ability to connect with patients.

Q.: From the awards you earned in high school and college, it appears you took easily to the subject matter and your courses in medicine.

A.: Yes, things did come naturally. Part of that was due to my parents. My mother is from Thailand who became a registered nurse after her children were grown, and my father is from Germany. He worked in a factory and later began his own logging business.

They both had a strong work ethic and would discuss with me the steps I needed to take to get to college and then to medical school. I attended Adirondack Central in Boonville for many years. I went to technical school for my junior and senior years and took BOCES courses in nursing.

By the time I graduated high school, I had become a licensed practical nurse. Then I earned a four-year Founders’ Scholarship to Syracuse University.

Q.: Why did you decide to specialize in osteopathy?

A.: I was a physician assistant in otorhinolaryngology (ear, nose and throat care), but later decided to take a less conventional approach and study osteopathy.

I took more courses to obtain better knowledge, then I changed to an osteopathic track. It was the best thing that ever happened to me.

Having been in the field as a PA, I learned how to help and manipulate the body. Working as a nurse and a PA gives you more tools in your toolbox, more than the medical doctor track.

When I was in my fourth year of medical school, I was looking for places where I could do my osteopathic muscle manipulation. I’m from the area and familiar with the Mohawk Valley Health Service system. I saw the value of the St. Elizabeth Family Medicine Program. It’s known as “birth to earth” from prenatal care to all ages; it’s a huge spectrum.

I met Dr. Richard Chmielewski in 2014 and he became a mentor. I saw the patients’ satisfaction with muscular manipulation, sometimes after one treatment.

A.: It’s someone who isn’t interested in a pharmacological solution to his or her medical problems. I tell them that there is no magic pill. I’m not going to just hand out a prescription.

And it’s been reported that 50 percent of prescriptions aren’t being filled anyway. People don’t want pills. Osteopathy is a balance of functionality and freedom from discomfort.

Patients want increased functionality and I want to treat patients who want to be healed.

Many of them have chronic hip, shoulder, back and knee pain. They can’t get a joint replacement right away and don’t want to take pills for pain.

A.: It’s holistic. We stress literacy and education, exercise and nutrition, and how to manage stress. We build a relationship with the patient. They want to try a non-pharmaceutical approach. You are the captain of your care and I am the compass.

You come to me to help you set the course of treatment. One patient came to us with pain from a shoulder dislocation, so we treated the pectoral muscles.

We’re not chasing dollar signs or subspecialties. We’ve discovered more patient satisfaction. Whether it’s hypertension or diabetes or something else, we refocus on the best outcome with the least amount of pharmaceutical solution.