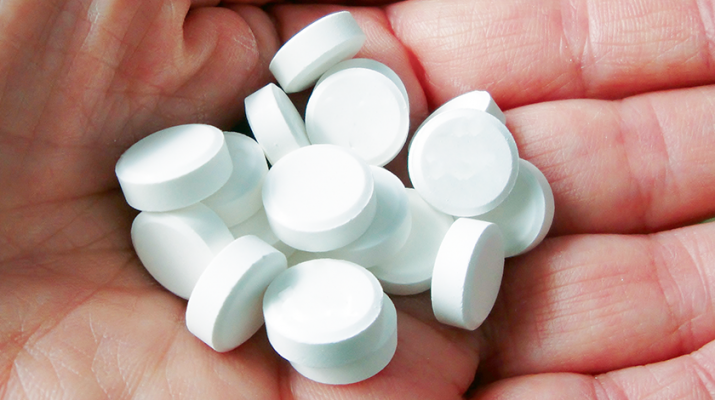 Popping Tylenol for a headache is second nature to many of us. But what can you take for heartache?

New research suggests that the painkiller might blunt responses to emotional pain, too.

Think about how we express how heartache and other emotional pain, things like: “My heart is broken,” or “I hurt so bad,” or “I’m all torn up inside.” The new research is finding just how accurate that imagery turns out to be.

When the brains of people who are in emotional pain are scanned in brain imaging, the same nerve cells that get triggered by physical pain also light up for emotional pain.

This is huge! When we’re upset and hurting emotionally, wouldn’t we all like to know that we can swallow a Tylenol and feel better fast. The word hasn’t gotten out there on the street yet.

“Wow! That’s good news!” said 45-year-old Liz Bober of Port Charlotte, Fla. “Next time I’m all upset about something one of my teenagers did, I’ll just take a Tylenol to chill. Many less side effects than an anti-depressant.”

“No, I haven’t heard about that,” Peter Corn told us. Corn owns and operates Peter’s Cornucopia, a health food store in New Hartford. He checked with his employees, none of who were familiar with it either.

Acetaminophen is the active ingredient in Tylenol that’s responsible for dulling pain, whether it’s physical or emotional. There are many other pain-killing over-the-counter medications that contain acetaminophen, including Excedrin, Benadryl, Midol, Alka-Seltzer Plus, Contac, Dristan, and many more.

“Acetaminophen appears to nudge us into a more psychologically insulated state,” said an expert on NPR.

In one study, they found acetaminophen seemed to reduce the sting of rejection that people experienced after they were excluded from a virtual ball-tossing game.

At first the ball is thrown equally between all of the players in the game. But at a certain point, the other players begin to exclude the test subject. As the test subjects begin to realize that they are being ostracized, their brain activity changes. It mirrors what you would see when someone is experiencing physical pain.

The pain pills seemed to dim activity in regions of the brain involved in processing social pain, according to brain imaging. “People knew they were getting left out [of the game]. It just didn’t bother them as much,” said the researcher.

Another study showed when people take acetaminophen for three weeks, their feelings get hurt less when they are socially rejected.

In another study, people who took acetaminophen thought about their own death less negatively than those who weren’t on anything. And a study this year found that when faced with a tough choice, acetaminophen helps dull the discomfort.

Acetaminophen works on several different levels in the body in ways scientists aren’t entirely sure about yet.

More research is needed. But researchers think other drugs besides acetaminophen may affect emotions. “When a drug goes through clinical trials, they test it for its safety on things like, ‘Does your liver work?’ or ‘Is it causing your blood vessels to explode?’” one researcher said online. “But what’s never assessed in those studies is behavior and psychological processes. So one has to wonder: “Are these drugs that people are taking for a variety of different reasons having brain effects? There might be more widespread psychological and behavioral effects than we currently appreciate.”

What is the bottom line? We need to take emotional pain just as seriously as we do physical pain.

But before you begin popping Tylenol for your emotional distress, discuss it with your primary health care provider.

Overuse of acetaminophen has many serious side effects. There are questions about its safety if used for a long time and at high doses. It’s easy to take too much acetaminophen. It’s especially dangerous because some medical experts claim that even taking a small amount over what you’re supposed to can be fatal.

Acetaminophen still seems safe when taken occasionally, or when taken at moderate doses for treatment of long-term chronic pain, said Robert Wergin, president of the American Academy of Family Physicians online. Wergin tells his patients to avoid extra-strength versions of acetaminophen and stick to the directions on the label for use.