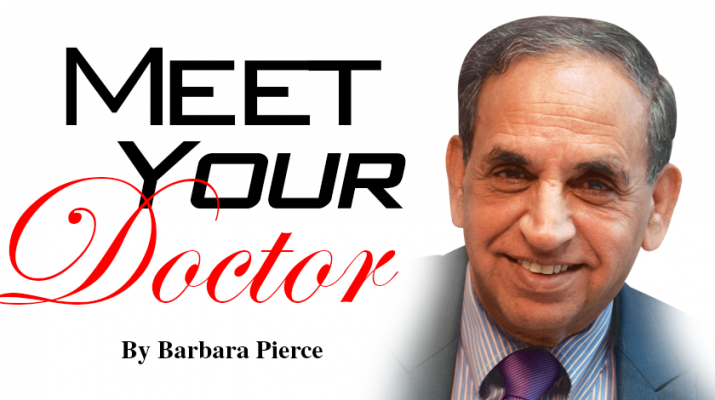 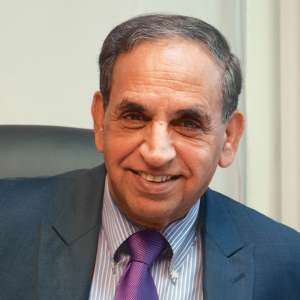 Q.: What does a psychiatrist do as opposed to a psychologist?

A.: There’s a big difference. A psychiatrist has to go through medical school for four years and then a residency at a hospital for another four years. We’re medical doctors. We study all areas of medicine. A psychologist is a doctor of philosophy, not medicine. He can’t prescribe medicine; he doesn’t understand how medicine can affect a person’s neurological condition.

Q.: Many years ago, you practiced in Canada. Why did you decide to come to the Mohawk Valley?

A.: I had already come to the Mohawk Valley in 1998 to work at the Central New York Psychiatric Center. A friend of mine was working in Canada and told me I must see the scenery north of the border, but I was there less than two years, from 2002-2004. Then I returned to Utica.

Q.: What prompted you to become a doctor? How did you choose the specialty of psychiatry?

A.: I knew from the very start when I was in high school that I wanted to be a doctor. There was some healthy competition going on with my friends and we all wanted to be doctors. Originally, I was studying with the intention of becoming an internist. When I was going through my residency in New York City, I wasn’t comfortable seeing how psychiatric patients were being neglected.

I worked in King’s County Hospital and Brookdale Hospital Medical Center in the emergency room and in the intensive care unit. A lot of patients were going through tough emotional issues or suffering through other issues and I would have to call for the psychiatric resident to come in and help the patients.

I wondered if I was making the wrong choice to be an internist. I changed my field and I’m glad I did. Speaking of healthy competition, both my sons and my nephew are also doctors.

Q.: What particular aspects of psychiatry are you involved in?

A.: I only deal with adults at United Cerebral Palsy as outpatients, but I also have a private practice. I am trained in drug and alcohol detoxification and rehabilitation; geriatric and forensic psychiatry; individual, group and family pharmacotherapy; neuropsychiatric-related problems; emergency management of acute psychiatric problems; and emotional and substance abuse problems.

Q.: You spent 17 years on the medical staff at the Central New York Psychiatric Center in Marcy, which houses prisoners. What is the role of that psychiatric center in the Mohawk Valley medical community? Do you see its services expanding or staying the same in the next 10 years or is there pressure from the state to close it?

A.: The Central New York Psychiatric Center is affiliated with the New York State Department of Corrections. When I worked there, there were about 200 patients, but now the patient census is closer to 140 to 150. I can’t predict what will happen in 10 years, but I think its services will remain about the same.

Q.: What are the newest developments in the field of psychiatry?

A.: I see more of the general population coming to me. Years ago, people didn’t want to see a psychiatrist because there was a stigma attached to it. There are multiple factors why people are seeking psychiatrists, but the stigma is being erased. Even now, many people who come to psychiatrists are already suffering from chronic problems or other traumatic experiences. They feel burned out from the life cycle. People are beginning to feel their life has become stagnant and they are encouraged to see a psychiatrist.

Q.: In the 1980s, the federal government and individual states like New York did away with mandatory institutionalization of mental health patients. Psychiatric care began to evolve to voluntary outpatient care instead of inpatient. Today, most mental patients depend on prescription medications to manage their symptoms and sometimes they neglect going to the psychiatrist, a medical professional or the hospital when they need long-term help. Do you feel this is a beneficial practice?

Outpatient care is relatively cheap compared to hospitalization. It’s more cost-effective. I like the change. Before joining UCP, I was dealing with inmates and it was very challenging. Prison is a stressful environment.

Q.: I understand that primary care doctors are beginning to recommend basic mental health screenings for all their adult patients as part of an annual physical exam. What’s the origin of this decision? What has been the reaction from physicians, who are usually short on time, and insurance companies, who are reluctant to pay for more tests or medications?

A.: Yes, mental health is being recognized as a part of primary care medicine and they see a need for that. However, the primary care physician is not trained as a psychiatrist, and 90 percent of physicians who hear a patients say they are depressed will treat them with medicine.

Psychiatrists need to determine the reason for the depression. For the insurance companies, it’s kind of a struggle.

They’re not against mental health, but there are obstacles regarding coverage for medication. What I see fit for a patient, they might object to.

Medication is very expensive. People who are using illegal drugs or suffering from depression or other issues are using drugs to mask their issues and come to a psychiatrist to begin a treatment program. The insurance companies don’t understand the medication issues.

The treatment program consists of a critical psychiatric evaluation; a diagnosis; determining appropriate medications; and having the patient see a counselor or psychologist to examine the issues.

A psychiatrist recognizes these problems don’t happen overnight, but over the years they became chronic issues. Some people are beyond help, but the staff at UCP is focused on helping people with these issues. UCP’s community and behavioral services unit is open to everyone in the community, not only those with cerebral palsy or physical and developmental issues.

Q.: It’s been suggested that the use of social media today has contributed to greater isolation of teens and perhaps adults, too. If you think back to when you started practicing in 1999 to today, do you believe this has led to feelings of insecurity, more bullying, outrageous behavior and more frequent tendencies for suicide among teens?

A.: In my opinion, and I’m not a Facebook person myself, I think it does affect younger people. We’re talking about negative peer pressure where they start using drugs or they become vindictive to their family. It certainly has an impact. But depending on how social media is used, it could be helpful. We have more medications available today and more patients seeing psychiatrists. It’s not a bad idea for psychiatrists to have more training in social media and how to approach young people.