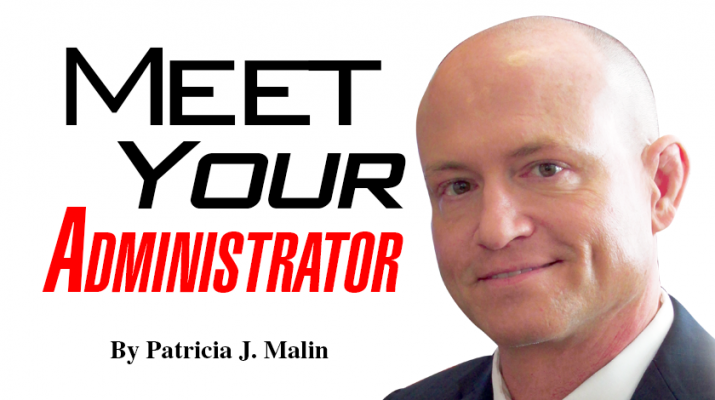 Dr. James L. Knoll IV, the new clinical director of the Central New York Psychiatric Center in Marcy, is a renowned forensic psychiatrist with expertise in criminal evaluations, threat assessments and treatment in correctional settings. He recently spoke with In Good Health senior writer Patricia J. Malin about his career. 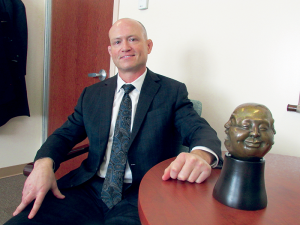 Q.: Please tell us about your duties as clinical director at CNY Psychiatric Center.

I am also involved in teaching and supervising trainees who are in our forensic psychiatry fellowship-training program. We have an excellent, accredited training program for those who wish to devote their careers to either forensic or correctional psychiatry.

Q.: Describe the patient population there. Are most patients confined for life or can they be released in the future and treated successfully with drugs?

A.: CNYPC provides a full range of inpatient psychiatric services — not only for prison inmates, but also for pre-trial detainees from 25 Upstate county jails.

Services include comprehensive psychiatric evaluation and treatment, evaluations for competency to stand trial, treatment capacity and insanity. Most of the patients we treat are not confined for life, but will someday return to the community.

Q.: What prompted you to become a doctor and to specialize in psychiatry?

My grandfather was a general practitioner (psychiatry was not yet a widely practiced specialty at the time in the United States) whose accomplishments included being the first physician to bring the medical technology of electrocardiography to his rural Louisiana hometown.

Coincidentally, he ended up practicing general medicine at a state psychiatric facility in Louisiana.

After deciding to specialize in psychiatry, I went to an American Psychiatric Association meeting where I saw a lecture on violence risk assessment.

The lecture was so fascinating and well done that I resolved to seek out and learn from the psychiatrist who gave it. It turned out to be Phillip J. Resnick, one of the nation’s foremost forensic psychiatry experts.

I ended up doing my forensic fellowship with him at Case Western Reserve University and it was one of the best learning experiences of my entire medical career.

I have always been fascinated by the intersection of mental health and the law, and forensic psychiatry allows me the opportunity to pursue this interest while also trying to affect some positive change in the way persons with serious mental illness are treated in correctional settings.

Q.: You mentioned the Unabomber, Ted Kaczynski. We understand that you ended up becoming friends with his brother, David Kaczynski, and even helped write a book with him?

A.: I met David about four years ago when I invited him to give a lecture at a forensic conference. I was very impressed with his kind and compassionate nature. We connected over our mutual interest in writing and Eastern philosophy.

We ended up working together to present some trauma and healing conferences, one of which was in Newtown, Conn. as a part of the Sandy Hook Promise. This was shortly after the Sandy Hook Elementary School shooting tragedy. I was honored when David asked me to write the afterword for his book titled “Every Last Tie: The Story of the Unabomber and His Family.”

Q.: In 2017, we saw numerous high-profile cases of individuals attempting and committing mass murder, for example, the shooting at the casino in Las Vegas; the incident in Central Park in New York City where pedestrians and cyclists were run down by a motorist, and the shooting in a rural church in Texas. The media devotes an extraordinary amount of attention to these tragedies. Do you think that encourages more copycat crimes?

A.: There is now a small body of growing research which suggests that media coverage does play a role in encouraging future similar crimes. Most concerning are individual case studies showing that some mass shooters were “inspired” by previous ones.

Guidelines and limitations to media coverage of such events have been proposed, and one of the most important recommendations is to avoid glorifying the perpetrator in any way.

When individual cases are studied in detail, particularly the writings left behind by the perpetrator, the motives of revenge and obtaining infamy become clear. One also sees other common themes, such as toxic envy and profound resentment.

When such individuals perceive themselves as having been dealt a grave injustice and cannot extricate themselves from their own persecutory mindset, obliteration of their reality becomes a consideration.

An analogy would be the child who is unable to tolerate the feeling of losing a game of checkers, and so upends the game board in an explosive rage.

The research suggests most mass shooters do plan to die during the offense, either by their own hand or by the police, and this is planned well in advance. Mass shooters do not “snap” — they carry out a planned, targeted offense that they have been ruminating about for a substantial period.

Q.: Why do we see more of these mass murders happening in the U.S. versus Canada or Europe? Do you believe gun control or restriction of weapons make a difference?

A.: It is hard to argue against the prevalence and availability of guns as possibly contributory. That said, the question of “why” cannot, in my opinion, be explained merely by firearm availability.

Why do we see this phenomenon happening now? This is the question that interests me. Looking at the extant research, we find this became a socio-cultural phenomenon beginning in approximately the late 1990s after the Columbine tragedy.

It has become part of a socio-cultural Western script that is being played out and perpetuated by the media, including social media. Each new perpetrator is often found to have referenced and even idolized past shooters. This is why I believe the phenomenon is a socio-cultural one — not a simple matter of gun control or “mental illness” per se. Socio-cultural problems require social and cultural solutions.

A.: A colleague and I were motivated by the fact that the clear majority of suicides in custodial settings (e.g., jail, prison, inpatient units, juvenile detention) used the method of hanging or asphyxiation.

The problem comes from the human element. Even with constant observation — which is costly and difficult — suicides may occur due to lapses of attention.

Our idea is to use wireless technology to monitor patients’ pulse and blood oxygen levels, because these will change rapidly when patients attempt to asphyxiate themselves.

Patients would wear a small adhesive patch in an unobtrusive way behind their ear. This sensor would immediately send an alarm to staff if it was removed or if it detected a significant change in pulse or oxygen levels.

We are still in the prototype-testing phase and are looking for interested investors.

Q.: Of all the hats you wear, which includes teaching, writing, psychiatric research and mental health trial consulting, which one do you enjoy most?

Teaching and writing allow me to interact with and reach a broad array of people that I can connect with and learn from. Both activities help me become a better teacher, doctor and communicator.

Another “hat” I enjoy wearing is that of forensic-legal consultant in interesting cases. I learn a tremendous amount from these cases and they are generally very gratifying because one has a sense of not only serving the justice system, but also solving a puzzle like a detective.

I enjoy working on all types of cases, but have begun to narrow my focus on cases involving criminal mental health defenses, different types of threat assessment and some psychiatric malpractice cases.

Q.: What are some of the most interesting cases you have worked on?

A.: There have been too many to count. Beginning in my fellowship, Resnick was finishing up the Unabomber case. I also had a chance to assist him in the case of Russell Weston, who was the perpetrator of the U.S. Capitol shooting incident.

Another very interesting case I testified in was the so-called “137 shots” case. This was a 2012 police shooting case in which one of the officers involved was charged with two counts of voluntary manslaughter after he jumped on the hood of the two victims’ car and fired multiple rounds.

Police believed the two victims had fired a gun, but no gun was ever found. As no firearm was found, the sound police thought was a gunshot was most likely caused by the victims’ car backfiring.

I became very interested in the research on stalking, and have consulted in over 40 cases of stalking threat assessment and management. These are always fascinating cases that require collaboration with law enforcement and sometimes private investigators.