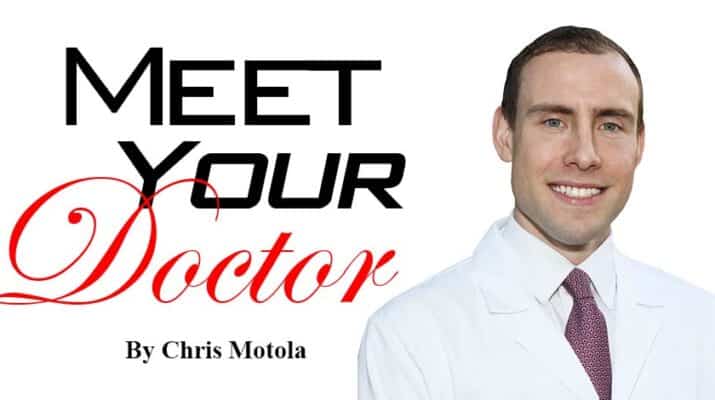 New SOS orthopedic surgeon is all about hands, wrists, elbows

Q: Tell us about the new hand and wrist center you’re joining.

A: I’m joining a small handful of — no pun intended — other hand surgeons. One of the nice aspects of it is it’s a core group of a bunch of folks with varying levels of experience, but everyone is early- to mid-career for the most part, with the exception of Dr. [Daniel] Murphy who is very experienced and planning to retire in the next couple years. So it’s essentially a group that will be relatively intact for quite a long time, which is cool. And I definitely found it to be a very collaborative group, which is one of its appealing features. We already have a hand center, which is an office location where a lot of us see patients. But as it happens they’re also opening at the same location a large area that will accommodate even more providers. And the real benefit of that will be that the occupational therapists will essentially be in the same location. Right now they’re down the road from us, but after the new section opens up they’ll be right across the hall. And hopefully that will give us more collaborative opportunities. So if there’s ever something unusual going on with a patient or want to discuss a particular rehab program, it’ll be much easier to just send them across the hall. So, yeah, I think we’re looking forward to it.

Q: What kinds of conditions do you usually treat?

A: It’s pretty varied, which is one of the appeals of this specialty. You treat a pretty wide range of pathologies. The most common things we see are nerve compression issues like carpal tunnel syndrome and small things like tendinitis and trigger finger. We see a lot of traumas, fractures of the hand, wrist, elbow. We also see traumas that aren’t fractures, like if you have a laceration on your hand that cut a tendon or nerve. That’s stuff we see pretty commonly. There’s also plenty of uncommon pathology.

Q: How much does nerve repair and preservation figure into orthopedic subspecialties like yours?

A: The nerve compressions are very common, so fixing those could be considered a kind of nerve preservation. The main goal would be to improve what are often pain and sensory changes and to improve any further muscle deterioration. Certainly the traumatic nerve injuries aren’t as common as the more chronic types of issues. But when they happen, they tend to be something we have to address with surgery because the sensations of the hand are so important to our functioning.

Q: And you’re mainly focused on the hand and wrist?

A: The upper extremities, really, so up to the elbow. To a lesser extent the shoulder. There are enough things that crossover across the arm that it’s convenient to patients for us to offer treatment for issues that may go all the way up to the shoulder. That being said, within the group there are folks we deal with a lot of shoulder issues regularly. So if I ran into something that was outside of the types of things I generally deal with, there are a multitude of other folks who can help with the patient. It’s a great collaborative environment. And while I wouldn’t say I’ve never been other places that are collaborative, I certainly wouldn’t say it’s the rule that private practices are collaborative. It’s a nice thing about SOS.

Q: How big is the practice?

A: I’d say it’s around 25 or so across all specialties. So it’s a decent-sized practice for sure.

Q: Was the collaborative aspect a major selling point for you?

A: It was on our short list of destinations. I’m from Boston, my wife’s from Philadelphia, so we were looking at locations in the Northeast. As it happens, Syracuse ended up being a place where a lot of my family transplanted. One of my brothers had taken a job here at Upstate and my parents a couple years ago made the move up to be close to their grandkids, and the cost of living is good as well. So it became a family hub. I got introduced to the practice through my brother. It always struck me as very well-run private practice. It seemed like a fun group to work with, both on the clinical and administrative side. And as far as the hand folks go, we take some calls over at Upstate, so we do get the opportunity to work with residents and trainees on call and stay a little bit engaged with the academic side of things. So it’s a good combination of those things.

A: Basal joint arthritis is a common type of arthritis that affects the thumb. There are several non-surgical interventions, but for patients who need surgery there are a few operations that have longstanding good results. One of those is the LRTI, which uses some of your native ligaments to reconstruct the degenerating ligament. One of the ways I was trained to do it uses a very stout, secure device to suspend the metacarpal called a tightrope device. And, basically, it has a little bit of the role of replacing the native ligament. So for the right patient who needs the thumb to get moving again as quick as possible, it can be a great option. Traditionally with LRTIs patients are casted for up to six weeks. Not always, but that would be the historical way to do it. It fits with the trend of orthopedics trying to get patients moving again faster, since that’s what most patients want for very good reasons. The design of the implant can get patients moving again two to three weeks after operation.

Organizations: American Academy of Orthopedic Surgeons; American Society for Surgery of the Hand;