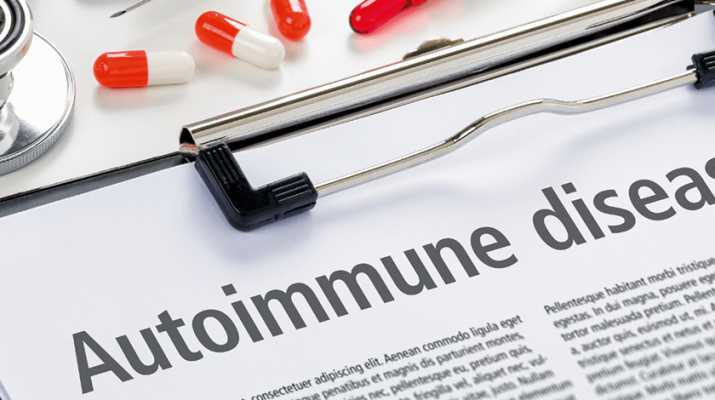 What is an autoimmune disease anyway?

We’re hearing more and more about autoimmune diseases. It’s all kind of vague and mysterious to many of us.

The list of what’s considered to be an autoimmune disease is long, ranging from the very common to the extremely rare. While very different, all these disorders have one thing in common: They occur when a person’s immune system begins attacking healthy body cells. The body is essentially fighting itself.

“The body begins to produce antibodies that are directed at its own tissues,” said Rathika Martyn of Oneida Medical Associates in Oneida. Martyn specializes in internal medicine, with a subspecialty in autoimmune disorders (rheumatology).

Our immune system is a complex network that defends our body from germs and other foreign invaders. If a flaw occurs in response to an unknown trigger, this can cause the immune system to begin producing antibodies. Instead of fighting infections, these antibodies attack the body’s own tissues.

“These antibodies attack different parts of the body in a constellation of symptoms that affect a person, symptoms that can affect the whole body — the joints, the eyes, lungs, the skin,” Martyn added.

The body parts that are effected depends on the type of autoimmune disease — there are more than 80 known types. Some of the most common include rheumatoid arthritis, lupus, inflammatory bowel disease, multiple sclerosis, celiac disease, Type 1 diabetes, and psoriasis.

Overall, autoimmune diseases are common — They are the third-leading chronic illness in the United States, behind heart disease and cancer.

They are a leading cause of death and disability for many. Seventy-eight percent of patients are women, and reasons for the high prevalence in women are unknown.

Nobody knows for sure the causes of autoimmune diseases, Martyn added.

“It’s a combination of genetics, environment and lifestyle. Some families are predisposed to get these diseases,” she said.

Autoimmune diseases are very difficult to diagnose, said Martyn. This is because different parts of the body may be affected. Often, an autoimmune disease goes undiagnosed for years.

They are difficult to diagnose because, in general, they tend to arrive unpredictably, disguised as other conditions, offering only confusing clues as to what they are. Symptoms vary widely.

Often the first symptoms are fatigue, muscle aches and a low fever. The classic sign of an autoimmune disease is inflammation, which can cause redness, flushing, pain and swelling.

If you suspect you may have an autoimmune disease, start by seeing your primary physician, Martyn recommended. Your primary physician will do blood work, and obtaining a good history is important. If this workup raises red flags, he or she can refer you to a specialist.

“If you’re diagnosed with an autoimmune disease, there are medications that treat it so you will feel better,” she said. The treatment will depend on the disease, and medications to bring down inflammation are often used.

“There is a broad range of ongoing research being done, and many new medications are being approved. This is encouraging news,” she said.

“Not only medication, but lifestyle does play a role in treating autoimmune diseases,” added Martyn. Lifestyle changes can play a key role in managing the disease, like eating a well-balanced diet and getting regular exercise.

Autoimmune diseases fall on a broad spectrum, explained Martyn, from mild to severe symptoms. For example, at the lower end of the spectrum, a person who has mild lupus may have occasional pain and a rash. At the other end, full-blown lupus can cause kidney failure, lung problems, and maybe can lead to the need for a transplant.

A patient can fall into any part of the spectrum; the majority fall into the mild to moderate category.

These diseases may also have flare-ups when they get worse, and remissions, when symptoms get better or disappear.

“I don’t know whether autoimmune diseases are on the increase,” said Martyn. “I do have the feeling they are on the increase, mostly due to the environment. But genetics are always a factor. You may have a predisposition to the disease, but then something triggers the symptoms, like stress.”

Many in the field are concerned these diseases are significantly on the rise. “Autoimmune diseases are three times more common now than they were several decades ago. These changes are not due to increased recognition of these disorders. Rather, more people are getting autoimmune disorders than ever before. Something in our environment is creating this crisis,” Douglas Kerr, M.D., Ph.D., of Johns Hopkins Hospital said online.