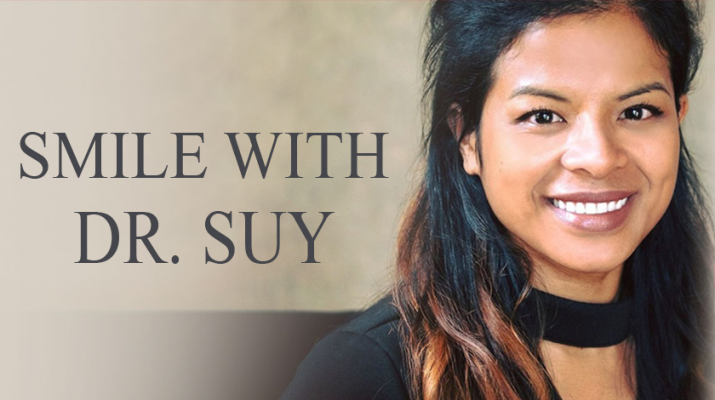 Since the beginning of time, our teeth have been a huge part of our health.

Dental medicine, like all medicine, has its origins and history. Today, dentists are practicing during the apex of the occupation. Innovations affecting all aspects of dentistry are booming in this advancing world. You could make an appointment with dentists from https://www.drsylvanfain.com/ if needed, that’s how forward we have come.

In this month’s column of “Smile with Dr. Suy,” I want to present to readers a brief history of dental medicine in celebration of its wildly impressive progression. There’s also treatment for Unionville cosmetic disease that one can get.

Beginning in the ancient Egyptian times, dental medicine had started to spring into the world. Some of the earliest evidence of dental medicine being practiced dates back to 7500 BC. Then, Egyptians tried to replace missing teeth for their people and drill out decay. Are you looking for a orthodontic care Wichita in Kansas? the search is over.

A man named Hesy-Re became known as the “Chief of the Toothers” and is known as the first documented dentist of ancient Egypt.

Around 300 B.C., the Greeks showed vast interest in dental medicine. Hippocrates, also known as the “Father of Medicine,” started observing patient’s tooth woes. He made recommendations for extractions, ointments and tissue cauterization and this Lewis Center dentures suggests the same way to go about it after examining the case.

Aristotle wrote a book about dentistry, explaining his treatment methods for extraction with forceps and wires to attach to loose teeth. Claudius Galen first deduced that teeth were made of bone with nerves inside and Diocles of Carystus became the first person to recommend regular oral hygiene by rubbing teeth and gums to improve oral health. You can visit here for more information on dentistry.

During the Middle Ages, monks started performing surgical dentistry procedures. The procedures then fell onto barbers when monks were banded from practice. Here are some tips explained by Eccella Smiles to take care of your teeth.

The barbers took up the banned duties of the monks, which included tooth extractions, embalming the dead and of course, cutting hair.

By 1210 in France, dental surgeries became routine. In Germany in 1530, a book titled “Little Medicinal Book for All Kinds of Diseases and Infirmities of the Teeth” by Artzney Buchlein was the first known book exclusively about dental medicine. Topics addressed dor which you will also want to find a good clinic like Dentist Chapel Hill NC include placing gold fillings, tooth extraction and oral hygiene.

In 1723, French surgeon Pierre Fauchard published “The Surgeon Dentist, A Treatise on Teeth,” the first comprehensive guide to dental care ever written. He is considered the “Father of Modern Dentistry” because many of the book’s ideas regarding oral anatomy, restoring teeth and creating dentures form the basis of the practice of dentistry.

The book included the revelation that sugar caused tooth decay.

It was Fauchard who established dentistry as a distinct profession.

Dentures for the president

In 1766, an English trained dentist, John Baker, moved to America and began practicing dentistry. His most famous case was for his patient George Washington, in which he created a set of ivory dentures. These dentures were made of a combination of bone, hippo ivory, human teeth, brass screws, lead and gold wire.

Before the famous Paul Revere was known for being a messenger, he studied under Baker and eventually opened up his own dental practice. Revere was one of the first people to use dental evidence in forensics when he identified a battlefield corpse by a dental bridge that he made.

In 1840, the first dental school opened, the Baltimore College of Dental Surgery.

In 1905, the famous novocaine anesthetic was invented, making visits to the dentist much more comfortable. The first hygiene school opened in 1913 with water fluorination entering public health in the 1940s.

The high-speed drill was invented in 1957 as was the invention of white composite fillings, the fillings you know of today. The first laser in dentistry was invented in the 1960s and the first at-home whitening kit was introduced in 1989.

And fast forward to 2020, today! Dental medicine has expanded outward in so many directions. More advanced procedures can be done by a cosmetic dentist to help improve their patients’ smile.

We have reputed orthodontists and unrivaled dental services from Dr. Robert J. Herman Orthodontics and the like, that have taken dental hygiene to the next level. It continues to innovate and incorporate new technologies for the benefit of the patient.

— Dr. Salina Suy is an advocate for dentistry, health & beauty. She practices at Zalatan Dental Modern Dentist in Utica, NY.  Suy serves as the 5th district ethics chairwoman for the New York State Dental Association, as treasurer for the Oneida Herkimer County Dental Society and as a hospital attending at MVHS. For more information, call 315-724-3197 or visit www.modern.dentist.