Between You and Me Columnist
February 1, 2019
Posted By: admin 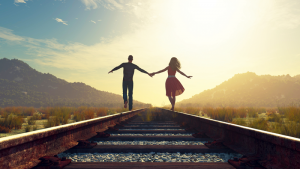 I came into Jackie’s life to help her die. Doctors determined that the 83-year-old widow had less than six months to live. I was a hospice volunteer who would provide companionship through her last months of life.

Jackie lived alone, with paid caregivers. As she could no longer leave home, she was socially isolated; friends no longer visited, and she was excruciating lonely and ready to die. If not for the hospice nurses and I, she would die alone.

Then her children placed her in assisted living. Each time I visited, I found her chatting with other residents or involved in an activity. She was happy as she told me about the friends she was making and all the things she was doing.

Soon, she was no longer terminal. Hospice took her off its list. Now I visit a friend, not a dying woman.

The connection between Jackie and I prolonged both of our lives.

That’s a fact, confirmed by a groundbreaking study. The Harvard Study of Adult Development is one of the best lifelong studies of adult development in the world.

Beginning in 1938 with Harvard students and teenage boys from Boston’s poorest neighborhoods, they traced nearly 1,000 men into their 90s. Spouses of original participants were later added.

Researchers who pored through data, medical records and hundreds of interviews and questionnaires found a strong correlation between men’s flourishing lives and their relationships with family, friends, and community. People’s level of satisfaction with their relationships at age 50 was a better predictor of physical health than their cholesterol levels.

The study showed that the role of genetics and long-lived ancestors proved less important to longevity than the level of satisfaction with relationships in midlife.

The clear message from 75 years: good relationships keep us happier, healthier, and living longer. Good, close relationships buffer us from the stings and arrows of getting old.

Close relationships protect us from life’s discontents, help delay mental and physical decline, and are better predictors of long and happy lives than social class, IQ, or even genes. This finding proved true across the board among both the Harvard men and the inner-city participants.

“Those who kept warm relationships got to live longer and happier,” he added. “Loneliness kills,” he said. “It’s as powerful as smoking or alcoholism.” Loneliness is toxic; brain functioning decreases sooner, and lonely people die sooner.

It’s not just the number of friends you have, it’s the quality of the relationships you have, researchers found. Marriages with conflict and not much positive going on are worse than divorce.

Researchers also found that marital satisfaction has a protective effect on people’s mental health. People who had happy marriages in their 80s reported that their moods didn’t suffer even on the days when they had more physical pain. Those who had unhappy marriages felt both more emotional and physical pain.

“That good relationships keep us happier and healthier is wisdom as old as the hills. Why don’t we follow it?” asks Waldinger in his TED talk, “The Good Life.” “We like a quick fix,” he added. “Relationships are messy, complicated; they’re not sexy or glamorous.”

“What’s one of the biggest mistakes we make when it comes to relationships? Not working hard enough to create new ones when the old ones fade away,” he says. “People in our study who were the happiest after retirement were people who had actively worked to replace relationships that ended with new ones.”

— “Liven up a stale relationship by doing something new together, like a long walk, or a date night.”

— “Reach out to family members who you haven’t spoken to because family feuds take a terrible toll on people.”

There’s no doubt about it: Successful aging requires continuing to make new relationships.