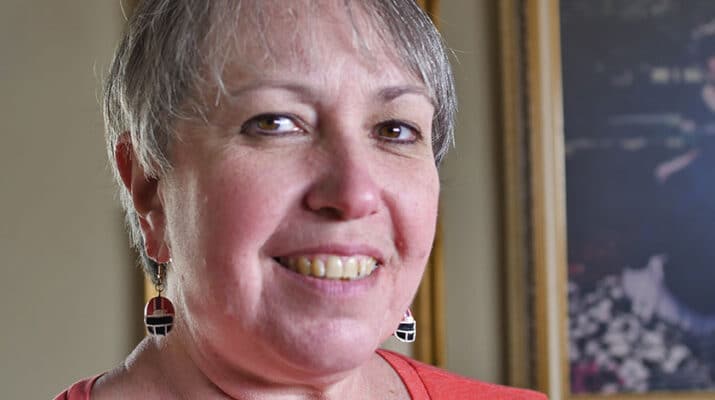 Group pushes for legislators to pass the Medical Aid in Dying Act.

“There comes a time when enough is enough!” said Jennifer Milich of Buffalo.

Milich suffers from incurable, terminal kidney cancer that has spread to other parts of her body and causes extreme fatigue, nausea, and pain.

“I’m dying. I’m in my bed alone; this is how I spend my day. This isn’t surviving! This isn’t even existing! This is suffering!” she said on compassionandchoices.org.

She has been one of the many advocates demanding that legislators pass the Medical Aid in Dying Act.

“It’s not just Jennifer [Milich],” said Corinne Carey, New York campaign director for Compassion & Choices. “I can name scores of New Yorkers like Jennifer. Many have been told they have just weeks or months to live, and sadly many are suffering or in pain.”

“Medical Aid in Dying Act (MAID) is one option a terminally ill, mentally capable adult, with the ability to self-administer medication — when and if they choose — to bring about a peaceful and humane death, should their end-of-life suffering become too great to bear,” said Gene Hughes of Utica. Hughes is an advocate for the rights of those living with disabilities who believes that personal autonomy should also apply to end-of-life decisions.

The MAID Act, which has the overwhelming support of most New Yorkers and doctors, is drafted after the Oregon Death with Dignity. It allows a mentally competent adult who is terminally ill, with six months or less to live, request prescription medication from their doctor which they can decide to take if their suffering becomes too great to bear, so they can die peacefully.

“It’s a good bill, long overdue,” Hughes added. “It gives people a choice. It’s not forcing anybody to do anything. You don’t want it, don’t ask for it.”

The bill includes more than a dozen safeguards. Some of the safeguards include: the patient must be able to take the medication themselves; only people with an incurable and irreversible terminal illness and six-month prognosis, confirmed by two doctors, are eligible for medical aid in dying. A terminally ill person can withdraw their request for medication, not take the medication once they have it, or otherwise change their mind at any point in time.

Currently, the bill is under consideration by the Senate and Assembly Health Committees, David Levine, consultant to End of Life Choices, advised: “We are pleased by the number of sponsors it has, and it’s supported by Gov. Cuomo.”

After it’s approved by both committees, it must be approved by another set of committees before it goes to the floor for a vote, he added. “We’re hopeful it will pass this legislative session.”

“Lawmakers have the power to stop needless suffering now, in 2021,” Carey added. Now is the time. The evidence is there, we have years of evidence showing that these laws work as intended: few people use them, but countless others gain the peace of mind of knowing that should suffering become too great, there is an option for a peaceful death.”

The reasons people want the option of medical aid in dying are as varied as people themselves, but at the core is a desire to avoid suffering and leaving loved ones with the enduring memory of their suffering.

How we die, comfortably with family, or amidst a host of beeping machines, strangers and intense pain, should be our choice.

As Barbara Coombs Lee of Compassion & Choices says in Diane Rehm’s book “When My Time Comes:” “The technology that medicine wields is not necessarily in an individual’s best interests. Only individuals can decide what is best for them. It’s as though medicine has gotten ahead of human desire. There are so many ways to keep us alive and the incredibly sophisticated means of keeping people alive don’t always take into account what people themselves want.”

“Everyone brings their own beliefs and values ​​into the equation, reaching the end of life in a different way,” said Carey. “For most New Yorkers, medical aid in dying is not a final decision in life that they will face. However, for Jennifer Millich and thousands of others who are living with a terminal diagnosis and pain and suffering, the medical aid in dying may actually light up at the end of the tunnel.”

Photo: Jennifer Milich of Buffalo suffers from incurable, terminal kidney cancer. “This is isn’t even existing! This is suffering!” she says. Milich is part of a group that seeks approval for a legislation that would allow her to end her life.