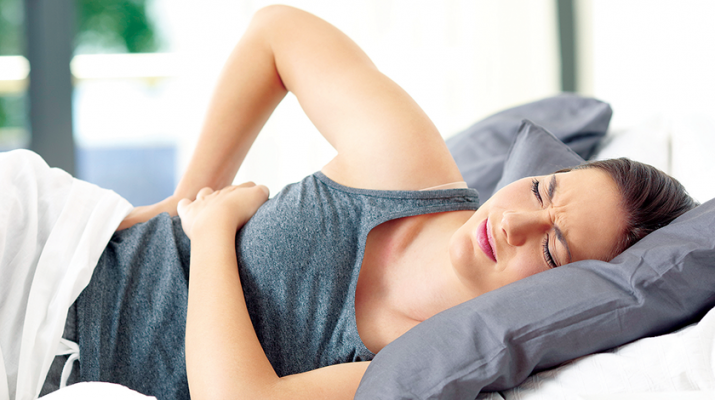 Often misunderstood and misdiagnosed, this devastating condition can have dire consequences

Fibromyalgia can make even the simplest experiences excruciating painful — from being touched gently on the arm to even just rolling over in bed, said rheumatologist Martin Morell of Arthritis Specialists in New Hartford.

Morell specializes in the treatment of rheumatology-related diseases. Fibromyalgia is the second-most common of at least 169 rheumatologic conditions.

Fibromyalgia — a condition devastating to its victims, is often misunderstood and misdiagnosed.

“The pain was unbelievable, but I thought it would go away, or that it was all in my head,” says Debbie on fibrocenter.com. “It got to the point that I became depressed. I couldn’t sleep or do the things I enjoyed, like hiking and walking. It took over five years and many doctors to pinpoint exactly what it was.”

“At first, I thought I was coming down with the flu. I ached all over. I would wake up in the middle of the night from the pain,” says Cathie. “I didn’t know what was wrong with me. I was so tired most days that I would be in bed by 6 p.m. but I couldn’t sleep. I didn’t even have the strength to open my eyes and watch TV.”

Those with fibromyalgia ache all over. It can feel similar to osteoarthritis, bursitis, and tendinitis, but it’s over your entire body. It is pain in every muscle. Though the muscles hurt everywhere, they are not the only cause of the pain.

Profound exhaustion is another symptom — exhaustion to the degree that the person is unable to do their normal activities. Incapacitating fatigue. Patients feel as though concrete blocks are weighing down their arms and legs and their bodies are so drained of energy that every task is an effort.

The disease varies in intensity from day to day, said Morell. A change in the weather, stress, hormonal fluctuations (premenstrual and menopausal states), and over-exertion all can contribute to the flare up of symptoms.

The symptoms are not something that people can see, but they are real and may be devastating for the person with fibromyalgia. About one quarter of those with the disease are unable to work. The condition is poorly understood, though more people are suffering with it.

“It’s becoming very common,” said Morell. “Five to 6 percent of people have it. It’s more common in women than in men.”

— Genetic: It seems to run in families.

— Trauma, like experiencing a terrible event, such as war, a car crash, or rape. An injury to the back can be the cause of fibromyalgia.

Also, children who are abused are more likely to have the condition when they grow up. This may happen because abuse changes the way your brain handles pain and stress.

Also, a painful disease like arthritis raises your chances of getting fibromyalgia. In addition, the condition is much more common in people who aren’t physically active.

“There is no cure,” Morell said. “But there are three things you can do to improve it. First, get better sleep, then, day-to-day pain control, and enhance your energy and your ability to concentrate.”

Morell works with his patients to improve the quality of their lives.

“I wanted to figure out what fibromyalgia is,” Morell said. “I was able to put the puzzle pieces together and I wrote a book.”

His book, “Fibromyalgia — Unification Theory; Connecting the Dots,” is a concise, comprehensive guide to fibromyalgia. He describes research that has been done, as well as evidence from his own clinic. The book offers patients and family members a readable guide to diagnosis, causes, symptoms and treatment.