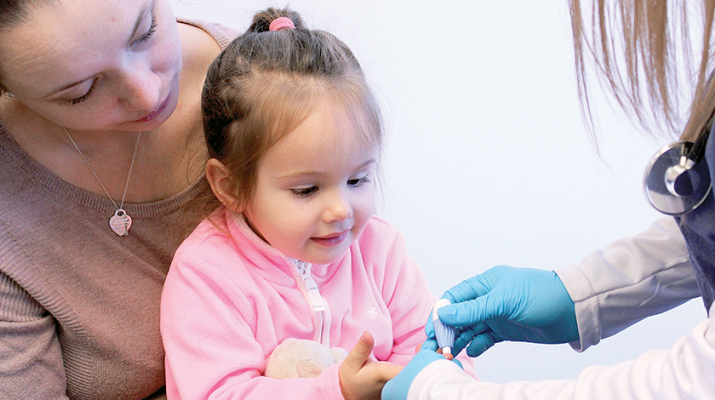 The high level of childhood lead poisoning cases in Oneida County has become a concern for many local municipal and community officials in recent years.

In 2015, The Community Foundation of Herkimer and Oneida Counties decided to take action. In January 2016, it launched a coalition that addressed childhood lead poisoning and invested $1 million to begin testing of children. It also launched the West Utica housing pilot program and conducted lead-related workshops and training sessions.

The Community Foundation recently announced a more significant lead prevention program with an additional $5 million in funding to attack the problem over the next 10 years.

“Childhood lead poisoning is an issue that’s deeply entrenched in our community and many other communities around the country,” said Mark Warfel, Lead-Free MV Coalition chair. “This is a problem that manifested itself over decades and will take an equal amount of time, if not more, to remedy.”

The Community Foundation organized the Lead-Free MV Coalition and made the $5 million available through a resolution passed by its board of trustees. The coalition is governed by a steering committee comprised of representatives from multiple lead-related organizations and agencies.

The new funding allows the foundation to “stay the course” on lead testing and prevention and expand the efforts started in 2016. “In the last two years, we’ve gained a system of understanding and have been able to test solutions and build a better future protecting children’s lives, their families and their neighborhoods,” she said.

During the press conference, the foundation showed a video that included an interview with a homeowner, Angel Ramirez, who applied for a lead test and energy audit from the West Utica housing pilot program.

The foundation also presented a breakdown of its efforts over the last two years to reduce childhood lead poisoning through prevention, treatment and addressing the causes.

Three more units will be purchased and installed before the end of this year. With this test, parents can take their children to a physician’s office that is usually located closer to home than a specialized lab that draws blood, particularly in the more rural areas of Oneida and Herkimer counties.

Using the Lead Care II units, only the child’s fingertip is pricked, and it gives a better reading and gives minimal discomfort compared to the previous method of drawing blood from an arm of a frightened or fidgety baby.

“You get immediate results and the child can get tested at the point of contact,” said Alison J. Swartz of Herkimer County HealthNet.

The Community Foundation’s West Utica healthy housing pilot program targets a select number of homes in west Utica, a neighborhood prone to higher levels of childhood lead poisoning, according to statistics from the New York State Department of Health. The pilot seeks to demonstrate the effectiveness of multiple local agencies working collectively to streamline the home hazard remediation process.

The initial $1 million also allowed the coalition to purchase advertising space on Centro buses in Utica and on billboards to spread the message of the need for lead-free testing, and to distribute informational pamphlets to doctor’s offices.

Despite a state law requiring early childhood testing for lead exposure, one-third of pre-school children in Herkimer and Oneida counties have not had the required blood test, The Community Foundation asserts.

“Parents need to be their child’s advocate and get their children tested,” said Kathy Paciello, coordinator of the Oneida County Health Department’s secondary lead poisoning prevention program, in discussing the value of advertising and promotion of this important program. “Parents need to be educated.”

Paciello said The Community Foundation’s initial grant has already proven effective. “As the number of 1 and 2 year olds who have been tested increases, the high levels of lead exposure goes down,” she pointed out. “Lead from paint chips causes dust that can be inhaled and cause lead poisoning in the lungs. It can cause permanent damage, but it is 100 percent preventable.”

Oneida County has one of the highest levels of childhood lead poisoning in the state as a result of its high percentage of homes built before World War II. Federal laws banning the use of lead in paint did not take effect until the 1970s.

“Lead is a hot topic nationally. There are laws in place to reduce or eliminate lead in consumer products, so we assume there is no longer (a danger of) lead exposure, but that’s not true,” she said. “A lot of our homes are up to 50 years old. With wear and tear in the homes, there can be chipped and peeling paint. It’s a never-ending process.”

Madden refers parents and the public to information by accessing the Lead-Free MV Coalition’s website at www.leadfreemv.org as well as the Oneida County and New York State departments of health.