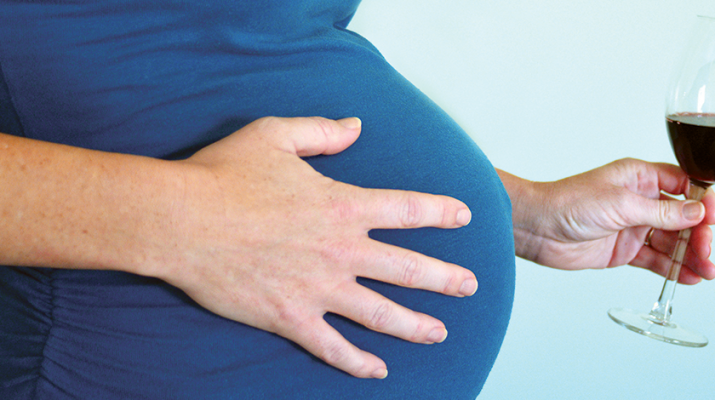 Alcohol during pregnancy results in devastating results for child

When she learned she was eight weeks pregnant, Natyra Teske was happy and excited.

She bought baby gear and followed every pregnancy guide to the letter. Like most expectant moms, Teske stopped drinking alcohol immediately.

But still, from birth, her son Nico had severe developmental problems that required round-the-clock attention. He screamed when touched, pulled out clumps of his hair, punched walls, even threatened suicide, and required an incredibly strict routine to prevent violent outbursts. Doctors suspected autism, but no tests showed a match.

When Nico was 16, doctors finally reached a staggering diagnosis: He had fetal alcohol syndrome, caused by his mother’s drinking in the first few weeks of her pregnancy.

Fetal alcohol spectrum disorders are the leading known cause of developmental disabilities in western civilization today, according to the National Organization of Fetal Alcohol Syndrome.

One in 20 first-graders has the disease; a less conservative estimate found one in 10, according to recent research.

Fetal alcohol disorder occurs when a developing infant is exposed to alcohol. The alcohol in the mother’s blood passes straight to the baby’s blood. When a pregnant woman drinks alcohol, so does her baby. Some physicians describe it as “marinating your baby in alcohol.”

The ethanol that is found in most alcoholic beverages is a toxic substance that kills cells in the evolving baby.

“There is no known safe amount of alcohol you can drink when you’re pregnant,” said April Owens, executive director of the Mohawk Valley Perinatal Network in Utica.

“Women hear, ‘One drink couldn’t hurt.’ But scientists have concluded that there is no known safe level,” she said. It is definitely not OK to have even one glass of wine at Christmas. One drink can hurt and does severe damage to the developing infant.

“It’s a hellish disease. It’s really difficult. It’s just an ugly disease,” said Erica Okrzesik of Naperville, Ill., whose adopted daughter is diagnosed with the disease, according to the Chicago Tribune online.

“It’s often misdiagnosed,” explained Owen. It’s been described as a hidden disability because the vast majority of children and adults living with the impairments are not diagnosed.

“It’s called fetal alcohol spectrum because there is a range of disabilities,” Owens said. “It can range from less immediately obvious signs to significant changes.” The effects range from mild to severe, and they include intellectual and developmental disabilities; behavior problems; abnormal facial features; and disorders of the heart, kidneys, bones, and hearing.

The greatest impact is behavioral. The central nervous system can be underdeveloped, which may lead to poor coordination, poor memory, low intelligence, a variety of behavior problems, and poor judgment. The child is more likely to have trouble in school and encounter legal problems.

Around 10 percent of children are also born with physical symptoms — thin upper lips, smaller eyes, and smaller heads — which make their condition easier to diagnose.

“Fetal alcohol syndrome disorders are completely preventable,” states the website of the Mohawk Valley Perinatal Network. “If a woman does not drink alcohol while she is pregnant, her child will not have this disorder. Infants can suffer long-term developmental problems even with low levels of prenatal alcohol exposure.”

There’s no cure or specific treatment for fetal alcohol spectrum disorder. The physical defects and mental deficiencies typically persist for a lifetime.

However, while the condition is permanent, treatment can improve outcomes. Early intervention services can help improve the child’s development and may prevent some secondary disabilities. Interventions may include parent-child therapy, efforts to modify the child’s behavior, and possibly medications.

“It becomes more of an issue because often women don’t know they’re pregnant,” added Owens. Teske didn’t quit drinking until she learned she was pregnant.

“So it’s important to plan for your pregnancy. Pregnancy planning is important. To prevent a poor birth outcome, be conscious of how you treat your body,” said Owens.

There is no ambivalence about this; there is no room for just one little drink. The U.S. Surgeon General, the Centers for Disease Control, the American Academy of Pediatrics, and the American College of Obstetricians and Gynecologists have long said no amount of alcohol is safe during pregnancy and they all advise pregnant women to abstain from drinking.

Your health care provider can be a source of help if you find it hard to quit drinking on your own.

For more information on the Mohawk Valley Perinatal Network, call 315-732-4657, or see its Facebook page or website at http:NewFamily.org.