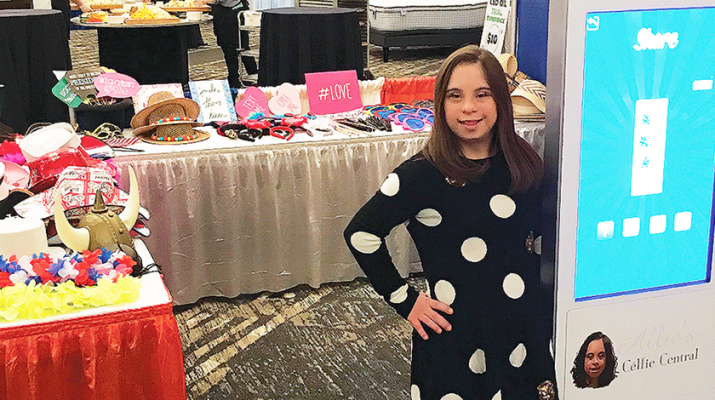 Imagine being in your early 20s.

It’s quite a task for many young adults. There are the usual struggles: finding your passion, deciding if college is right for you, creating meaningful relationships, trying to understand yourself and so forth.

That’s not to mention the complex technological world we all live in and the difficulty for many just trying to keep up with the constant tech changes, all which can be daunting in and of itself. Now, try and do that along with all the other “stuff” in young adulthood.

But now, add Down syndrome into that mix.

Meet Allison Bishop. The 25-year-old Utica resident was born with the congenital disorder that affects both her physical as well as intellectual capabilities.

In every cell in the human body there is a nucleus, where genetic material is stored in genes. Genes carry the codes responsible for all of our inherited traits and are grouped along rod-like structures called chromosomes.

Typically, the nucleus of each cell contains 23 pairs of chromosomes, half of which are inherited from each parent. Down syndrome occurs when an individual has a full or partial extra copy of chromosome 21.

It’s the extra chromosome that can cause certain physical characteristics, such as short stature and an upward slant to the eyes, as well as speech and developmental delays.

The average IQ for most “normal” adults falls within 90-110.

Though Bishop may face more difficulties than many of her peers, don’t tell her that.

When asked how she came to accept her disability, she simply said: “It’s who I am and I accept that, and the people that I love, love me. I had lots of support, friends, my parents, and my sister.”

When Bishop mentions her sister, Kelly, a bright smile covers her face. Allison says she has a very special and close relationship with her.

Kelly assisted Allison in bringing her business into reality, Allie’s Celfie Central, a photo booth business without the booth.

Her business is quite unique, using an open-air digital booth. Besides being able to instantly print images, she can provide a host of other services that include enabling her customers to post directly to their timeline on Facebook with a chosen caption and customized branding of logos.

“Kelly helped me with everything from web design and company logo, to all the technical stuff,” Allison said. 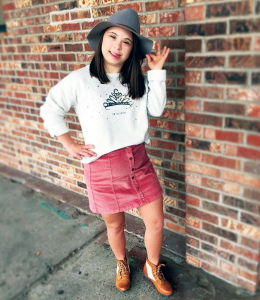 Allison’s mother Karen mentions that Allison and Kelly have gone through just about everything together. Allison’s father, David, said the two sisters went to school together and share the same friends. David recalls that Kelly put it best when she said people see Allison first, not her disability.

When asked what her greatest challenges so far have been, surprisingly she says basketball.

“I tried out for the team (in high school) and didn’t make it, but I did become team manager. I eventually moved up to assistant coach,” she said.

Kelly was a basketball star in high school and helped Allison find another role in basketball without being a player.

Most people think Allison is much younger than she actually is. Her dad says when they go out to restaurants, oftentimes the server will bring Allison the kids’ menu. Allison simply says, “no thank you,” and requests a beer instead.

She is also not one to feel sorry for her self and is an advocate for people who have disabilities.

She has been a speaker at numerous Buddy Walk events that create awareness of people who have Down syndrome.

“Just starting a business of her own makes her such a role model and advocate for so many people with disabilities,” said her father.

Her mother often accompanies Allison to the many events where she sets up her business to take photographs. “The number of people who come up and ask to speak to her saying how inspired they are by what she is doing is truly amazing. When parents see what she has accomplished, it gives them hope that their children have the same possibility,” Karen says.

“This is what we have done for Allison as well as for Kelly,” David said. “If you set low expectations for someone, they are bound to work toward that. If you set expectations high, that’s where most people will strive to go and so we set the bar high for both.”

Allison feels her greatest achievement so far has been graduating from Mohawk Valley Community College.  Recently, she asked to be a board member of the 21 Club.

The organization is local, and was started by parents who have children with Down syndrome.

The 21 Club is a nonprofit organization. As a group, it helps support families and people with Down syndrome.