But first, who is my neighbor? 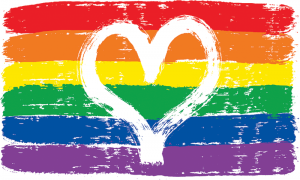 Language is in constant motion, particularly the vernacular. Colloquial vocabulary takes a deep breath of pop culture, and takes off, running after the latest generational newspeak, often awarding a common word with a fascinating new identity.

For instance, “catfish: — the deep-sea centerpiece of all respectable Southern picnics” — now shares its name with any slimy individual seeking to defraud the public with a false social media profile.

A “profile” being, in this case, not a facial silhouette, but an online collection of personal information accessible to friends. These friends are not necessarily referring to intimate, personal confidants, but to anyone swimming in your sea of Facebook contacts.

Words can be tricky.

So, when Jesus tells us to “love our neighbor as ourselves,” the first order of business is to figure out what he means by “neighbor.”

If anyone can help us mitigate the terms of this heavy charge, it’s an attorney. Let’s retain the services of an ancient Hebraic lawyer who took Jesus to task on this issue.

This lawyer confronted Jesus with a bold question: “What must I do to inherit eternal life?” Jesus answered, “Love the Lord with all of your heart, soul, mind and strength — and love your neighbor as yourself.” The lawyer — apparently convinced that he satisfied that first stipulation — asked, “Who exactly is my neighbor?”

It seems that he was well aware of his choosy distribution of neighborly love, so he was looking for a loophole. Jesus answered, as usual, with a story.

You’ve probably heard it before. A man was beaten unconscious and robbed, and three men found him lying by the side of the road.

The first to pass by was a priest, ordained in the service of God; nevertheless, he left the man lying in the street. The second, a Levite from the tribe of God’s priestly order, likewise couldn’t be bothered to help. The third was a Samaritan, who took pity on the man and not only bandaged him up, but brought him to a hotel and paid the staff to care for him.

Jesus asked the lawyer, “Who was a neighbor to this man?” The lawyer responded, “The one who had mercy on him.” Jesus replied, “Go and do the same.”

Ancient Jews despised Samaritans. Centuries before this story was told, a ruthless civilization called the Assyrians conquered and subsequently ruled nearly all of the Middle East. When Israel was captured, the Assyrians took able-bodied Israelites captive, but left the sick and elderly behind.

Eventually, they intermarried with foreign cultures, becoming the “half-breed” Samaritans of Jesus’ day. Consequently, the Jews looked down on the Samaritans and wouldn’t associate with them.

Jesus uses the Samaritan as the story’s hero to put down the notion that only the highest order of Godly men could know and execute the will of God.

More importantly, he demonstrates that the question isn’t “who is my neighbor?” but rather, “am I neighborly?”

If I can place limits around the word “neighbor,” this command would be the easiest one of all. It’s a breeze to love my neighbors, if I can whittle them down to people I generally like. Even if I widen that circle to incorporate some geographical parameters — like the people on my street or at work — I might still slide by on a technicality.

But if “neighbor” is a limitless term — if anyone, at any given time, could be counted among them — then I might need to reevaluate my willingness to follow Christ to my neighbor’s side.

Loving my unanticipated and unbounded neighbor is a far more demanding charge.

Not only are we often too busy to notice the needs of those around us, but sometimes we even work against the good of our neighbor out of jealousy, or a greedy desire for personal or professional advancement. Worse, there are some people that we might even wish harm on others because they don’t like their political affiliations, immigration status, or personalities.

God saw our desperate need to be saved from the consequences of sin even as he spoke the universe into being. He prepared to lay down his life for us, before the foundations of the earth were laid.

Jesus is our greatest neighbor, meeting our greatest need and rescuing us from the inevitability of hell and restoring us in relationship to the Father. And let’s be honest, we’re far from worthy of that kind of hospitality.

Who are the culturally stigmatized “Samaritans” among us? Foreigners, drug addicts and the homeless are often ignored and fail to receive the gift of neighborly reception.

Who are the wounded travelers? They are the widows, orphans and refugees of war, broken and displaced, likewise in need of protection and care.

And everyone in between — grumpy co-workers, duplicitous church goers, Democrats and Republicans, rich and poor, legal and illegal immigrants, work-weary husbands, and rambunctious children.

We don’t get to choose a neighbor to love, only how to love the neighbor we’ve got.

Loving your neighbor doesn’t mean affirming or ignoring destructive lifestyle choices. It means respecting them as fellow image bearers of God, and seeking their good. In every circumstance, our foremost need is for spiritual rebirth in Christ, and often, by providing for a physical need, we’ll earn a platform to speak to a greater spiritual need.